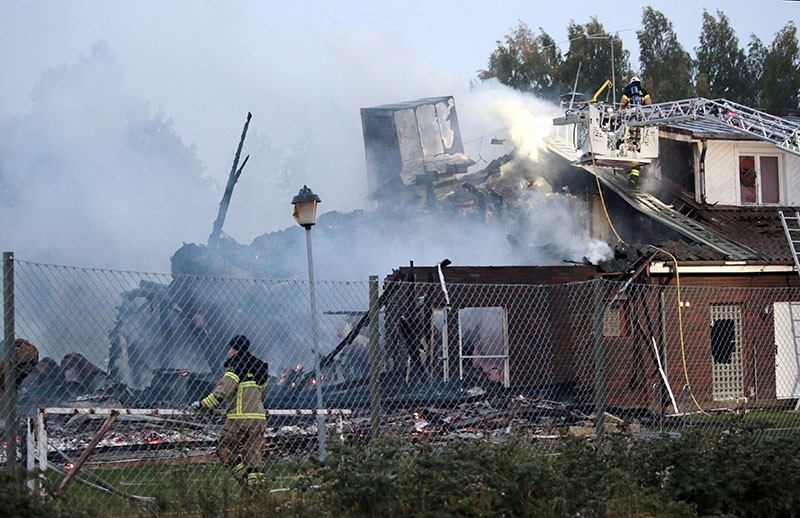 Mosques in Sweden were attacked a record 38 times in 2017, marking a tenfold increase from the previous year, a recent report showed.

The study, conducted by Uppsala University, indicated a sobering increase in violence against mosques and Muslims in the Nordic country.

Minister for Home Affairs Morgon Johansson described the surge of attacks as "terrible." He said the rise in far-right nationalist parties across Europe has brought about harsh discourse against immigrants, especially Muslims, putting their safety and freedom at risk.

Johansson said the government plans to commission a special police task force to protect against attacks and increase security cameras at mosques and masjids.

Max Stockman of the Swedish Commission for Government Support to Faith Communities stressed that the increase in attacks indicates a serious threat to the country's religious freedom.

"Everyone should live safely with their religion," Stockman told state television broadcaster SVT.

"A main task of the government is to combat threats to freedom of religion. We are concerned about the attacks on Islamic and Jewish institutions," he added.

A 2015 investigation by the Islamic Cooperation Council in Sweden revealed that seven out of 10 mosques in the country had been attacked.

Recent opinion polls for Sweden's general elections to be held on Sept. 9 show that the country's far-right and anti-immigrant Sweden Democrats party have support over 20 percent, closely behind governing Social Democrats at 24 percent and main opposition Moderates at 22 percent.

The ruling minority coalition of Social Democrats and Greens, backed by the Left Party, altogether polled at 37 percent. The alliance between Moderates, Center and Christian polled at 39 percent.

Out of a population of nearly 10 million, some 1.4 million, or 15 percent of the inhabitants of Sweden are foreign born, with those who were born in non-EU countries making up 65 percent.

Sweden has registered around 400,000 asylum requests since 2012, or one for every 25 inhabitants, a record in Europe.

Hate crimes against mosques and Muslims have been on the rise across Europe in recent years, fueled in part by the success of anti-immigrant, Islamophobic groups in gaining political power.

Austria has been among the European countries with a surge in Islamophobic tendencies.

Austrian Prime Minister Sebastian Kurz recently said that the investigation on several mosques and associations conducted by the country's Interior Ministry and Office of Religious Affairs had been concluded and that the activities of seven mosques, one of them belonging to the Turkish-Islamic Cultural Associations (ATIB), were found to be illegal. The Austrian chancellor added that the imams would be deported on grounds of being foreign-funded.

"You are going to do this, and we're just going to sit idle? We will take some steps too," he said. "The western world should get their act together."

Islamic houses of worship across Europe have endured dozens of far-right attacks, particularly since January as attackers attempted to arson them with Molotov cocktails or spray-painted terror symbols or racist slurs on the walls. Luckily, the attacks caused no casualties.

The European Islamophobia Report 2017 – released by the Istanbul-based Foundation for Political, Economic and Social Research (SETA) recently – revealed 908 crimes, ranging from verbal and physical attacks to murder attempts, targeting Muslims in Germany, 664 in Poland, 364 in the Netherlands, 256 in Austria, 121 in France, 56 in Denmark, and 36 in Belgium.

Some of the most recent attacks took place in April, when far-right groups attacked three mosques in the Netherlands. The extreme right-wing Rechts in Verzet group put up banners with Islamophobic content in the entrance of three mosques in Enschede and Houten provinces.