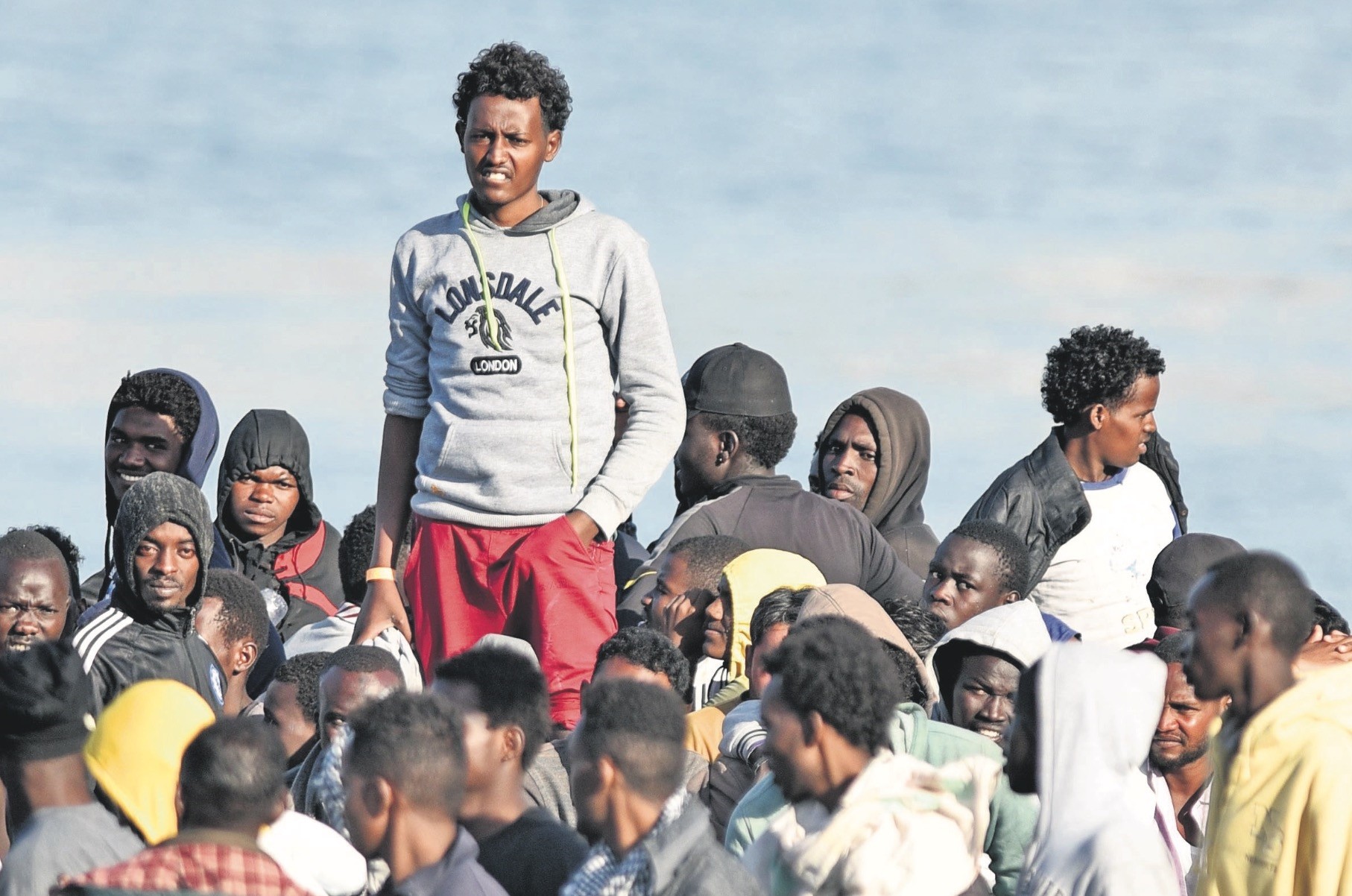 The EUu2019s Mediterranean migrant crisis has escalated after Italy refused the entry of a rescue ship with 629 people aboard, June 9.
by Compiled from Wire Services Jun 14, 2018 12:00 am

More refugees are waiting at Europe's closed doors as the Paris-Rome clashes reveal a failure to reach common policy over migration in the bloc, leading to a humanitarian catastrophe on Europe's borders

While human tragedy continues with rising numbers of refugees waiting at the borders, Italy escalated its standoff with France over migration, challenging Paris to take in more asylum-seekers and demanding an apology after the French president accused the new populist Italian government of cynical, irresponsible behavior by refusing entry to a rescue ship with some 629 people aboard.

Italy's Interior Minister Matteo Salvini said yesterday that without an "official apology" from France, a planned meeting between Prime Minister Giuseppe Conte and French President Emmanuel Macron on Friday should be cancelled.

"If an official apology doesn't arrive, Prime Minister Conte would be right not to go to France," Salvini told reporters after demanding that France take in more migrants.

Macron had blasted Italy for its "cynicism and irresponsibility" in refusing to welcome 629 migrants left stranded on a French charity's rescue ship in the Mediterranean before Spain agreed to take them in.

Italy's Foreign Affairs Minister Enzo Moavero Milanesi summoned the French ambassador to Rome over the comments on Wednesday, saying in a statement: "The Italian government considers unacceptable the words publicly pronounced yesterday in Paris." Milanesi added that the comments made by France were "compromising relations between Italy and France."

France's Foreign Ministry responded by saying that it is "perfectly aware" of the pressure on Italy as it copes with an influx of migrants from Africa, adding it is "committed to cooperation and dialogue" with Rome.

Amid escalating tension, President Macron is to meet with new Premier Conte tomorrow in Paris. Migrant-related issues will be at the heart of the discussions, and France hopes to maintain a "close dialogue" with its neighbor, according to statement released by France's Foreign Ministry.

The standoff over the Aquarius appeared a clear tactic by Italy's new government to force Europe's hand at the upcoming summit of EU leaders in Brussels June 28-29. Italy for years has complained that it has been left largely alone to manage Europe's migrant crisis, but the new government says its tactics have finally gotten the point across.

U.N. refugee chief Filippo Grandi urged the European Union yesterday to sort out its "shameful" refugee policy after both Italy and Malta turned away a ship carrying some 629 migrants, mostly from sub-Saharan Africa. "It is shameful. As a European, I felt shame – that there was a boat, there is a boat – in the Mediterranean, and for several days nobody wanted to take these people," Grandi told Reuters.

The episode, coming a week after the installation of Italy's new anti-establishment government, has heightened tensions within the European Union over migration.

"It's very clear that Europe needs to reform its asylum system in a collective manner; there's a lot of resistance to that, but there's no other way," Grandi said.

Under the EU's asylum laws – currently the subject of revision amid a major political dispute – migrants must apply for asylum in the country where they first enter Europe. In practice, this has placed a heavy burden on Italy and Greece, where hundreds of thousands of people have entered in recent years. Some countries feel justified in stopping migrants from entering when they should have registered elsewhere. Across the European Union, only a third of the 98,255 migrants that were supposed to be relocated under the scheme had been relocated by the time it ended last year.