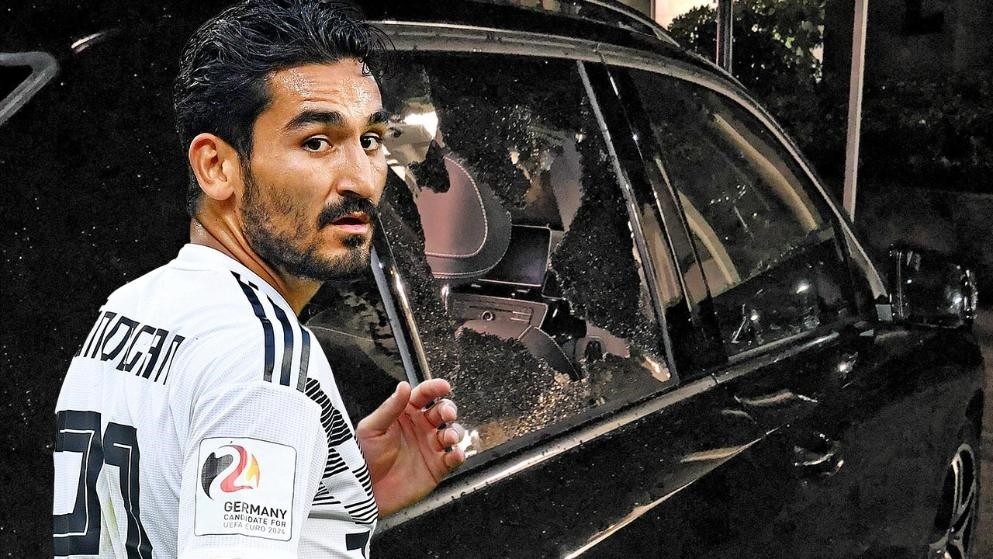 The car of Ilkay Gündoğan, a German footballer of Turkish descent, was vandalized in Germany's Cologne, local police reported Saturday.

The Cologne police confirmed that Gündoğan filed a complaint against unknown persons after his car was vandalized during a friendly game on June 7 against Saudi Arabia.

The windows of his car, which was parked in front of a hotel in Cologne, were broken late at night, police said.

Local media linked the attack on Manchester City footballer to his recent meeting with the Turkish President Recep Tayyip Erdoğan in London.

Gündoğan and another German player with Turkish roots Mesut Özil met with Erdoğan while he was in London in mid-May. The duo gifted their autographed jerseys to Erdoğan.

In addition, the German footballers also had their photos taken with the Turkish President.

On the same day, May 14, German Football Federation (DFB) President Reinhard Grindel slammed the meeting, alleging that Özil and Gündoğan were exploited by Erdoğan's election campaign.

Gündoğan and Özil were criticized in German media for meeting Erdoğan.

Youth and Sports Minister Osman Aşkın Bak on Saturday expressed his support for the football player.

"The attack was for provocative, a sportsman must be evaluated by his play and morality," he said.

Bak said that such incidents only damages the fair-play spirit of sports, adding that Gündoğan and Özil would respond to the attackers and critics with their performance at the World Cup in Russia.