2 in 5 Germans want Merkel to step down over migration dispute, survey says 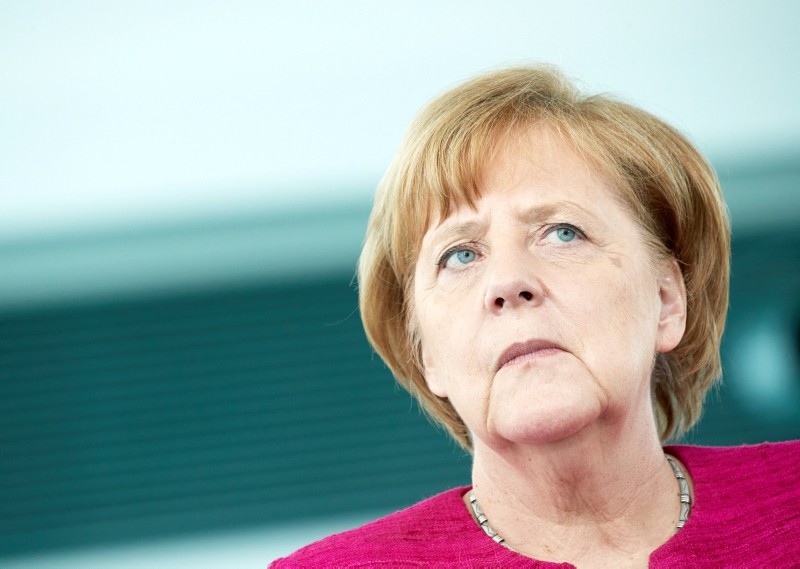 Two out of every five Germans want Chancellor Angela Merkel to step down in light of an ongoing dispute within her government over how to handle asylum seekers at the country's borders, a poll released Friday showed.

Forty-three percent of respondents to a YouGov survey said that Merkel should make way for a successor, while roughly the same percentage (42 percent) said she should remain in office. Fifteen percent declined to respond to the question.

Merkel has accepted an end-of-June deadline from intransigent Interior Minister Horst Seehofer, who says that unless she finds a way to stem the influx of migrants to Germany with EU partners he will close national borders to certain groups of asylum seekers.

The stand-off has led to speculation that Merkel's conservative bloc - composed of her Christian Democratic Union (CDU) and its Bavarian counterpart, the Christian Social Union (CSU) - could split in two, thereby robbing her of her parliamentary majority and perhaps even forcing snap elections.

The YouGov poll showed that nearly a third of Germans surveyed (32 percent) believe that the dispute could unseat Merkel's government, which is made up of the CDU, the CSU and the center-left Social Democrats.

Some 31 percent of respondents said they believed the coalition would last until the next election in 2021. The YouGov market research firm surveyed a representative sample of 2,053 people during a three-day period ending on June 21.

Additionally, Seehofer told a local daily on Friday that he would not back away from his controversial "migration master plan", which foresees turning away most of the asylum-seekers at Germany's border.

He has also threatened to end the coalition government with Merkel's Christian Democrats.

"I am the chairman of the CSU, one of the three parties of the coalition government, and I have the full backing of my party. If the Chancellery is dissatisfied with the work of the interior minister, then one has to end the coalition," he told Passauer Neuen Presse newspaper, according to the Anadolu Agency (AA).

Seehofer earlier gave Chancellor Merkel a two-week deadline until the end of this month, to adopt stricter migration and asylum rules in agreement with other EU member states. He vowed to start implementing his plan beginning from July 1 and argued that as the interior minister he has the right to implement such measures, even if the chancellor opposes them.