Azerbaijan marks 100 years of armed forces with parade in Baku 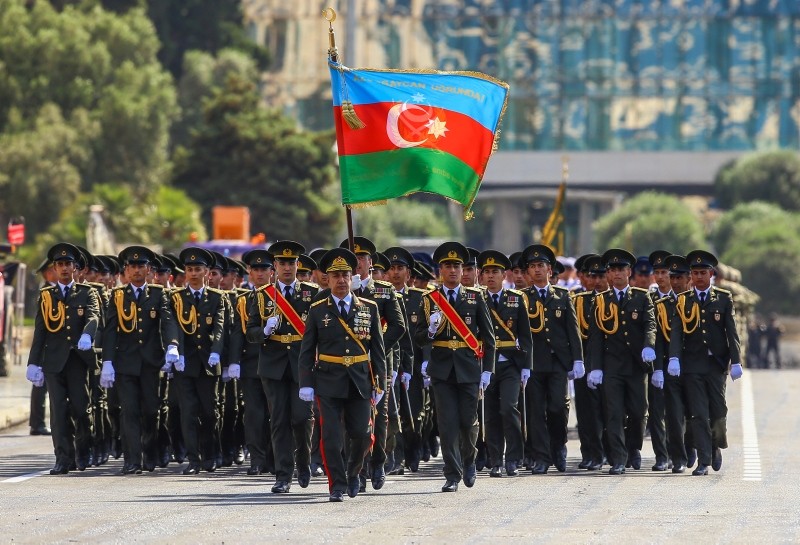 National Defense Minister Nurettin Canikli and Chief of General Staff Gen. Hulusi Akar attended a military parade in Azerbaijan on Tuesday marking the 100th anniversary of the establishment of the country's armed forces.

Azerbaijani President Ilham Aliyev expressed his pleasure over Canikli and Akar's attendance at the ceremony in capital Baku, together with Turkish troops, according to an Azerbaijani presidential statement.

Aliyev assured that relations between Turkey and Azerbaijan would strengthen further in every field, the statement said.

Some 4,000 personnel from Azerbaijani ministries of defense, interior and emergency situations, the State Security Service, the State Border Service and the Special State Protection Service as well as Turkish and Russian armed forces took part in the celebrations. 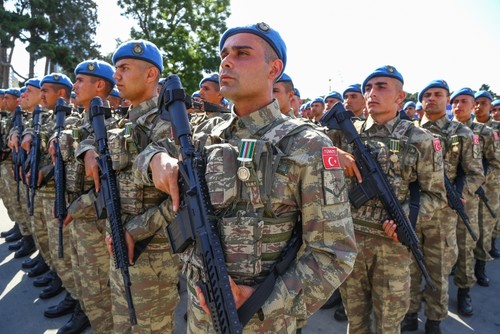 Turkish Armed Forces at the parade in Baku. (AA Photo)

The Azerbaijani leader also conveyed his congratulations to President Recep Tayyip Erdoğan for his victory in Sunday's presidential and parliamentary elections.

The election results are a "reflection of the high value" that people place on what has been accomplished in Turkey under Erdoğan's leadership, Aliyev said, the statement added.

On Sunday, Erdoğan won an absolute majority in the presidential poll with 52.5 percent of the vote, while his closest rival Muharrem Ince received 30.6 percent, according to unofficial results.
Last Update: Jun 26, 2018 4:52 pm
RELATED TOPICS