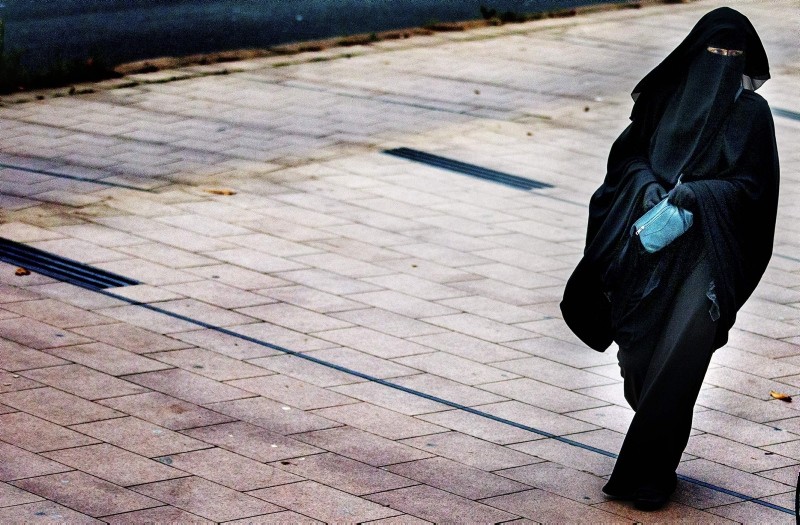 The Swiss government opposed on Wednesday a grassroots campaign for a nationwide ban on facial coverings in public that will prompt a binding referendum, the latest twist in a Europe-wide crackdown on burqas championed by anti-Muslim activists.

The Swiss cabinet said individual cantons should decide on the matter, which nevertheless will go to a nationwide vote under Switzerland's system of direct democracy after activists last year gathered enough public support.

Measures against the wearing of Islamic veils have already been taken in Belgium, France, Denmark and Spain, among others, with the Netherlands passing its own ban this week.

The Swiss government suggested instead adopting laws that would prevent people from covering their faces when dealing with officials and punish anyone who forced women to conceal their faces with up to three years in jail.

"The government is aware that facial coverings can lead to problems. With its proposals it suggests targeted and specific legal measures in areas in which it has authority," the cabinet said after a meeting.

"The initiative would make it impossible to take into account the individual cantons' differing sensitivities, in particular removing their ability to determine for themselves how they wish to treat tourists from Arab states who wear facial coverings," it added.

The face veil ban will come to a binding referendum after activists last year collected the more than 100,000 signatures required to put the proposal to a national vote.

The group, called "Yes to a Mask Ban," includes some leaders who also spearheaded the 2009 Swiss ban on constructing new minarets.

Full-face coverings such as niqabs and burqas are a polarizing issue across Europe, with some arguing that they symbolize discrimination against women and should be outlawed. The clothing has already been banned in France.

"Facial coverings are a symbol of radical Islam that have nothing to do with religious freedom but are rather an expression of the oppression of women," Anian Liebrand, a Swiss campaign leader, said when presenting the collected signatures.

"In Switzerland, we show our faces when we talk to each other."

Others contend that bans unnecessarily intrude on religious freedom.

Two-thirds of Switzerland's 8.5 million residents identify as Christians. But its Muslim population has risen to 5 percent, largely because of immigrants from former Yugoslavia.

One Swiss canton, Italian-speaking Ticino, already has a similar ban, while two others have rejected it.

The Switzerland-wide initiative foresees parliament deciding on penalties. Although the measure would also forbid protesters from concealing their faces during demonstrations, the main focus has been on burqas.

The Swiss debate follows measures in other European countries to restrict facial coverings.

The Dutch upper House of parliament on Tuesday passed a law banning the wearing of face-covering veils in public buildings, such as schools, government offices and hospitals.

France's ban was upheld in 2014 by the European Court of Human Rights. Germany's parliament last year backed a ban on full-face veils for civil servants, judges and soldiers, while Austria and Bulgaria have also banned facial coverings.