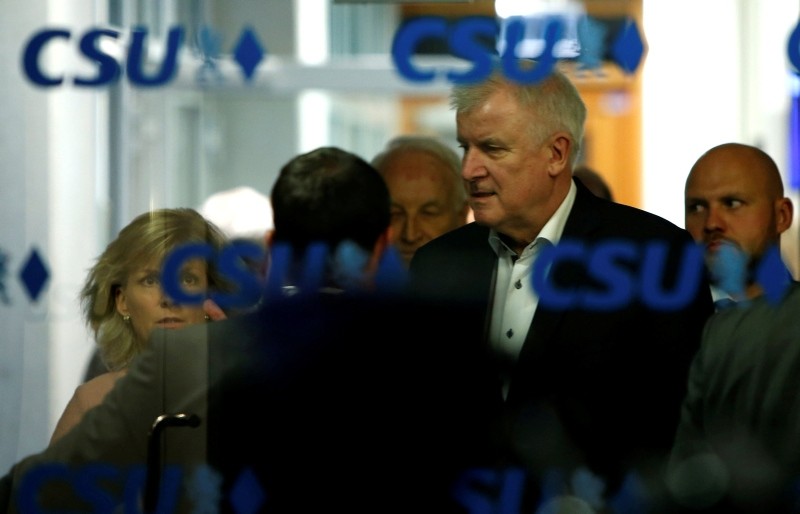 Germany's interior minister Horst Seehofer will resign both his office and his position as head of the hardline conservative Bavarian CSU party after a weeks-long confrontation with Chancellor Angela Merkel over migration, party sources told AFP Sunday.

Sunday July 1 was a self-imposed deadline for Seehofer to either accept Merkel's agreements with other European Union countries to reduce immigration or to defy her by starting to turn away at the border asylum seekers already registered elsewhere.

The parliamentary group leader of the Christian Social Union said, however, that he will not accept Seehofer's resignation.

"That is a decision that I can not accept," Alexander Dobrindt said, according to sources from Sunday's high-level party meeting.

After the Bavarians' relentless pressure on Merkel, European leaders on Friday agreed to new measures to reduce immigration to the bloc and so-called "secondary migration" of asylum-seekers between countries.

Merkel, who has been in office since 2005, warned last week the issue of migration could decide the very future of the EU itself.

Earlier Sunday, she told broadcaster ZDF she would do "everything possible to achieve results that mean we can continue to assume responsibility for our country", although the falling-out between the CDU and CSU was "serious".

Seehofer has rejected Merkel's assessment that the EU-wide measures would "have the same effect" as his demand to turn away at the border asylum-seekers already registered in other EU nations.

If he orders border police to go ahead with the scheme in defiance of the chancellor, Merkel would be forced to fire him, in turn prompting a CSU walkout that would cost her majority in parliament.