More deaths in Mediterranean as migration rifts deepen in EU 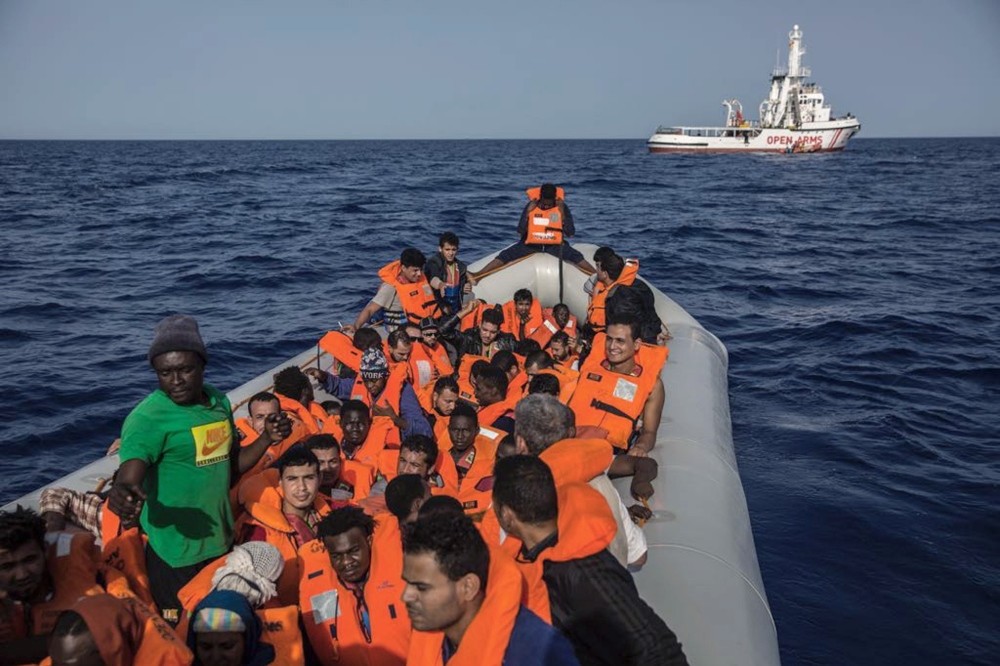 The total number of migrants who drowned in the Mediterranean Sea so far this year rises.
by Compiled from Wire Services
Jul 03, 2018 12:00 am

Refugee deaths at sea surpassed 1,000 this year after a surge in attempts to cross the Mediterranean, as EU countries have failed to overcome deep divisions on migration after a tense summit

More than 1,000 people have drowned in the Mediterranean this year sailing from Libya to Europe, with a rush in the past few days to beat an anticipated crackdown by the European Union, the International Organization for Migration (IOM) reported.

"From Friday to Sunday, close to 1,000 migrants were returned to Libyan shore by the Libyan Coast Guard, who intercepted small crafts as they made their way towards the open sea," IOM said in a statement.

"There is an alarming increase in deaths at sea off Libya Coast," IOM Libya Chief of Mission Othman Belbeisi said.

According to IOM, about 45,000 migrants and refugees entered Europe by sea since the beginning of this year. The journey by land through the Sahara and then across the Mediterranean remains the world's deadliest migration route, and as polarizing as ever in European politics.

In addition to Italy, anti-immigrant parties are now firmly entrenched in the ex-Communist states of central Europe and won seats in the German parliament for the first time since the 1940s last year.

In Germany, the issue threatens to bring down Angela Merkel's ruling coalition.

Regarding the migrant crisis that has shaken the EU member states, Austrian Chancellor Sebastian Kurz spoke out on yesterday against giving migrants the chance to seek asylum in the EU from proposed "disembarkation platforms" outside the continent.

European leaders hammered out a deal in Brussels on Friday to consider setting up the centers outside the bloc, most likely in North Africa, in a bid to discourage migrants and refugees boarding EU-bound smuggler boats.

The Austrian chancellor, whose country has just taken up the six-month rotating presidency of the EU, said the issue had caused a rift between EU leaders at the migration summit.

Bloc leaders agreed at the Brussels meeting to "quickly explore" the concept of "regional disembarkation platforms" for migrants rescued in international waters.

The Austrian chancellor said it would be "smarter to go directly to people in war zones, rather than create an incentive to undertake the dangerous crossing of the Mediterranean," as reported by Agence France-Presse (AFP). For Kurz the question also arises as to "whether, at the global level, the 60 million people fleeing their countries must be able to apply for asylum inside Europe or if they can do it from elsewhere."

No non-EU countries have so far offered to host the proposed platforms, whose implementation has split European countries, with questions over their compatibility with international law.