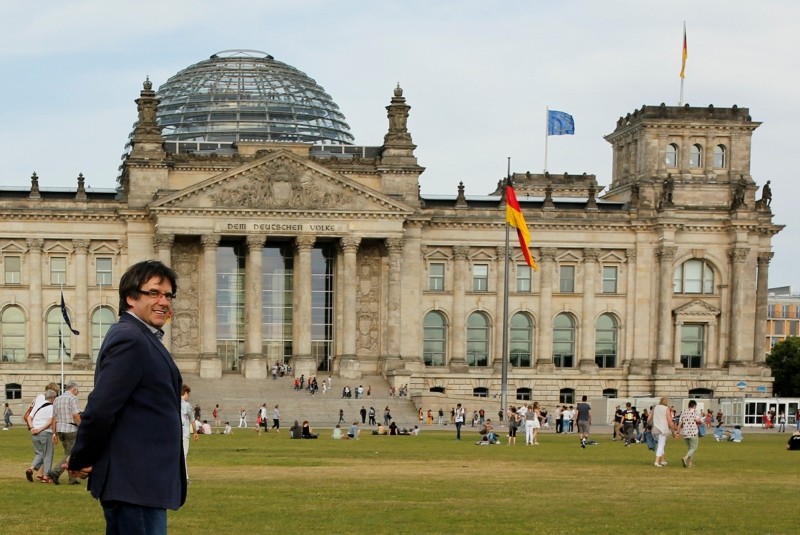 Former Catalan President Carles Puigdemont walks in front of the Bundestag in Berlin, Germany, May 23, 2018. (Reuters Photo)
by Compiled from Wire Services
Jul 12, 2018 12:00 am

A German court has lifted a hurdle for legally allowing the extradition of a prominent Catalan politician to Spain on charges of embezzlement, but rejected a separate extradition request over rebellion and embezzlement.

The Schleswig-Holstein state court made the ruling in the case of former president of Spain's autonomous Catalonia region, Carles Puigdemont who fled the country to avoid jail and is fighting extradition.

The court says the state's prosecutors still will have to decide on whether to approve Spain's extradition request. It was not immediately clear when that decision would be made.

The extradition order for Puigdemont will soon be approved by the attorney general of Schleswig-Holstein, a spokesperson told dpa Thursday.

The charges are in connection with the Catalan regional government's unauthorized referendum last year on independence from Spain and a subsequent unilateral declaration of independence by the separatist-controlled regional parliament.

Spain has demanded Puigedmont's extradition due to his key role in a disputed referendum on Catalonia's independence last October. Puigdemont fled to Belgium after the referendum, but was arrested while travelling in Germany on March 25.