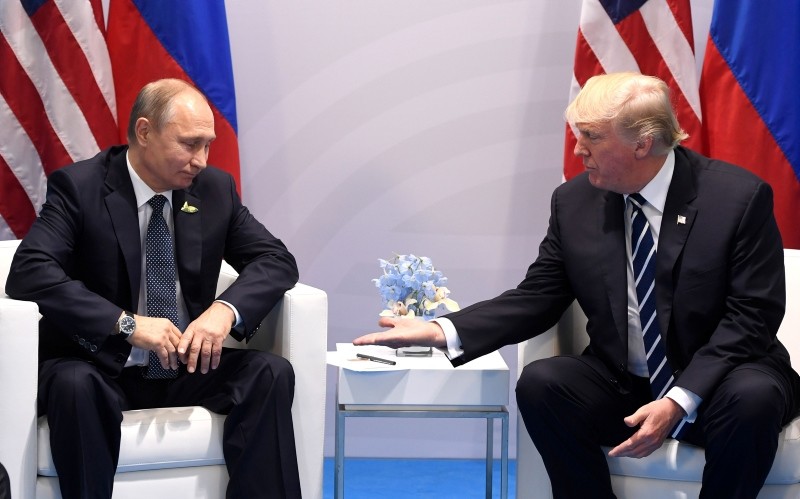 In this file photo taken on July 07, 2017 US President Donald Trump and Russia's President Vladimir Putin shake hands during a meeting on the sidelines of the G20 Summit in Hamburg, Germany. (AFP Photo)
by German Press Agency - DPA
Jul 16, 2018 12:00 am

The finding comes as the two leaders are set to meet in Helsinki, Finland on Monday for a much-anticipated discussion intended to strengthen relations between the rival world powers.

A majority of the 2,052 participants in the YouGov survey on behalf of German Press Agency (DPA) published on Sunday also said Putin was more likable, more competent and more powerful than Trump.

Only 5 percent of those questioned said they thought Trump was the more competent leader - 56 percent answered in favor of Putin, while the remainder did not provide a response.

The survey found that most saw Putin as the more powerful leader (43 compared to 25 percent), although the U.S. outranks Russia economically and militarily.

A total of 64 percent of people questioned said they saw Trump as a greater threat to world peace than Putin (16 percent).