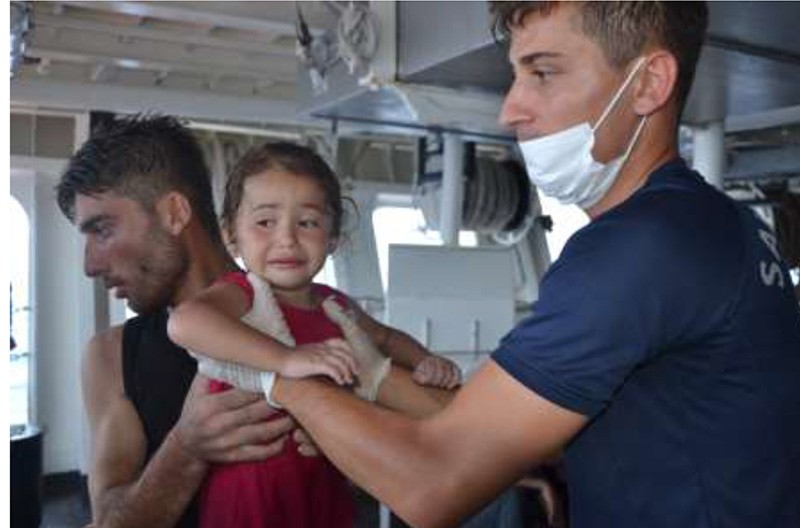 A boat carrying 150 migrants sunk off the coast of Turkish Republic of Northern Cyprus (TRNC), killing 19 people, Turkish media reported on Wednesday, adding that 105 migrants had so far been rescued.

It said at least 26 people were missing from the sunken boat and that Turkish and Northern Cypriot coast guards, along with commercial boats in the area, were carrying out search and rescue operations.

The rescued migrants were brought to Turkey.

TRNC Transport Minister Tolga Atakan one seriously injured person is being treated at a Turkish Cypriot hospital in the northern part of the capital, Nicosia.

DHA news agency said that the refugees were Syrians seeking to go to Europe but this has yet to be confirmed.

A Panama-flagged commercial ship spotted the migrant boat some 25 nautical miles from Turkey's southern province of Antalya and alerted the coast guard on Wednesday morning, an official statement said.

Cyprus, some 160 kilometers (100 miles) from Syria's coast, has not seen the massive inflow of migrants experienced by Turkey, Greece and Italy although asylum applications have been rising sharply.

Turkey has however been one of the hubs for refugees fleeing Syria and other trouble spots like Afghanistan and Iraq.

Over a million people, many fleeing the war in Syria, crossed to European Union member Greece from Turkey in 2015 after the onset of the bloc's worst migration crisis since World War II.

Turkey struck a deal with the EU in 2016 in a effort to stem the flow of migrants, and agreed to take back illegal migrants landing on Greek islands in exchange for incentives including financial aid.

From January to May this year at least 26 migrants died trying to cross to Europe from Turkey, according to coast guard statistics.

According to the UN's International Organization for Migration, more than 1,400 illegal migrants have died in the Mediterranean since the beginning of 2018.