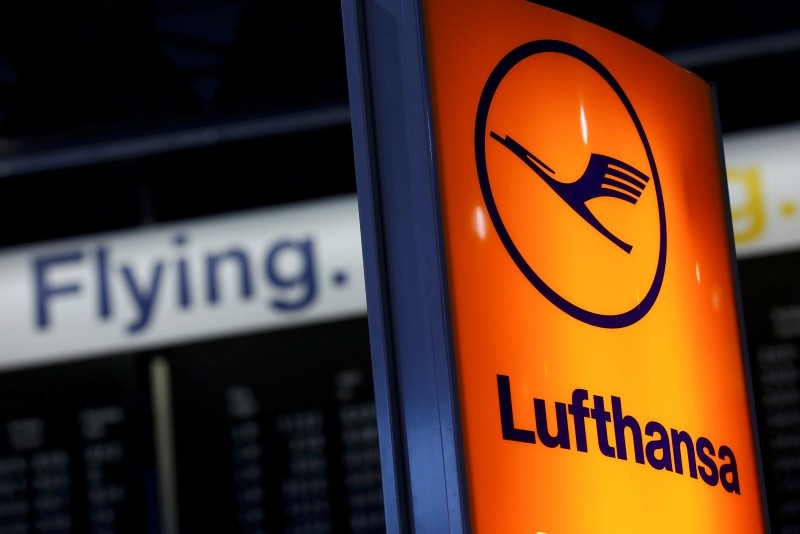 A Lufthansa airline logo is pictured in Frankfurt airport, Germany. (Reuters)
by Compiled from Wire Services Aug 07, 2018 12:00 am
Police evacuated part of a terminal at Germany's busiest airport Tuesday after a security official mistakenly allowed a French family that hadn't completed required security checks into a secure area.

Federal police stopped flights from boarding and kept passengers out of area A of Frankfurt Airport's Terminal 1 for about two hours due to concerns that at least one person had entered without being properly screened.

Police said on Twitter that the midday evacuation was prompted by a security assistant mistakenly allowing the French family of four into the secure area even though they were supposed to be subject to a secondary screening.

The family was located, questioned and allowed to continue on its journey, the police added.

The terminal resumed operating as normal about two hours after the partial evacuation was imposed.

It wasn't immediately known how many people were affected by the precautions.

Police on Saturday cleared and closed Terminal 2 and its satellite terminal at Munich Airport, Germany's second-biggest, after a 40-year-old woman slipped past security without being screened by personnel.

Nearly 330 flights were canceled between early Saturday and Sunday afternoon due to the incident, with over 32,000 passengers affected.

Some 2,000 passengers were stranded in the airport over Saturday night, sleeping on camping beds or staying in nearby hotels.