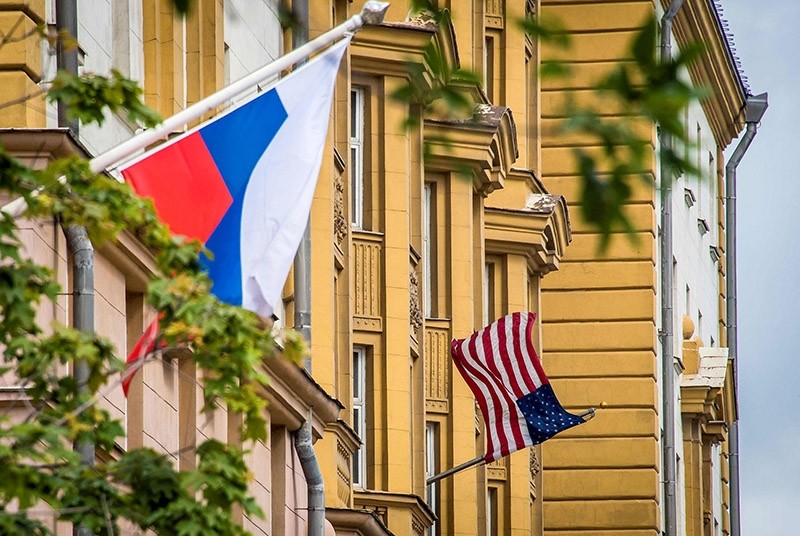 A Russian flag flies next to the US embassy building in Moscow. (AFP Photo)
by Compiled from Wire Services Aug 07, 2018 12:00 am

Russia on Tuesday said it was "deeply disappointed" by U.S. President Donald Trump's decision to re-impose unilateral sanctions on Iran.

"We are deeply disappointed by U.S. steps to reimpose its national sanctions against Iran," the Russian foreign ministry said in a statement, adding it will do "everything necessary" to save the historic 2015 Iran nuclear deal and protect its shared economic interests with Tehran.

The resumption of the U.S. sanctions comes 90 days after Trump's unilateral pullout from the nuclear agreement between Iran and the five United Nations Security Council members plus Germany in July 2015.

Trump's aim with the sanctions is to prevent Iran from acquiring U.S. dollars or being able to trade in gold and precious metals. Trading in some other metals, raw materials and industrial software is also blocked. Passenger planes and plane parts may no longer be delivered to Iran. The Iranian automotive sector is also affected.

In addition, especially painful sanctions are to be re-imposed in November aimed at reducing to zero other nations' oil imports from Iran. And, international payments transactions with Iran are to be crippled.

Because of the looming sanctions, Iran's economy has for weeks been stuck in one of the severest economic crises in its history. The national currency, the rial, has lost half its value since May. As a result, fear has taken hold throughout the country.