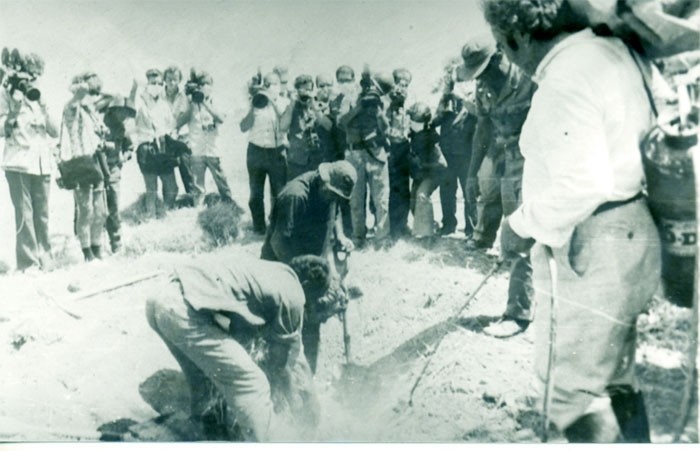 A Greek Cyprus-based newspaper recently published a detailed recount of instances of Greek Cypriots' violence against their Turkish counterparts in the years that led to the island's division in 1974.

On May 11, 1964, Greek Cypriot security forces were ordered to "kill 10 Turks for each slain Greek," amid tension on the island after two Greek officers and a Greek Cypriot policeman were killed in the city of Magosa, Politis daily said in a series of reports regarding crimes committed on Cyprus.

Seventeen Turks were abducted the following day and executed by a firing squad in Famagusta.

On May 13, 11 Turks working in the area of the British bases in Cyprus were killed by a group of their Greek co-workers and police officers. The victims were taken from a bus while commuting to work. Their remains were found in 2006.

The paper also mentioned the Maratha, Santalaris and Aloda massacre during which 126 Turkish Cypriot women, children and elderly were killed by the EOKA – the Greek Cypriot nationalist guerrilla organization – as well as some Greek locals on Aug. 14, 1974, amid Turkish peace operation on the island.

The Politis came under fire in Greek Cyprus over the material, reportedly receiving death threats.