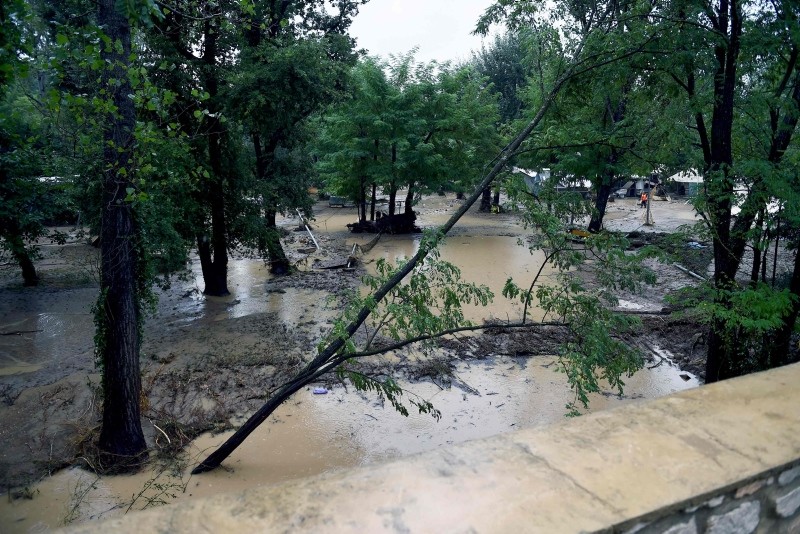 This picture shows a flooded and damaged camping as storms and heavy rains sweep across France on August 9, 2018 in Saint-Julien-de-Peyrolas, southern France. (AFP Photo)
by Associated Press Aug 09, 2018 12:00 am

French rescuers with helicopters have evacuated 750 people, including many children and tourists, from campsites in southern France after torrential rain swelled rivers in the Gard region. One person was reported missing.

BFM-TV reported the missing person was a 70-year-old German, a monitor at one campsite who was allegedly swept away inside his van.

The Gard government also said four German children were hospitalized Thursday for hypothermia in Bagnols-sur-Ceze. The mayor of Bagnols, Jean-Yves Chapelet, told BFM-TV many Dutch tourists were among the 350 campers evacuated there.

Authorities also said 119 children in nearby Saint-Julien-de-Peyrolas were sent to an emergency shelter.

Hundreds of firefighters backed by four helicopters helped in the evacuation.