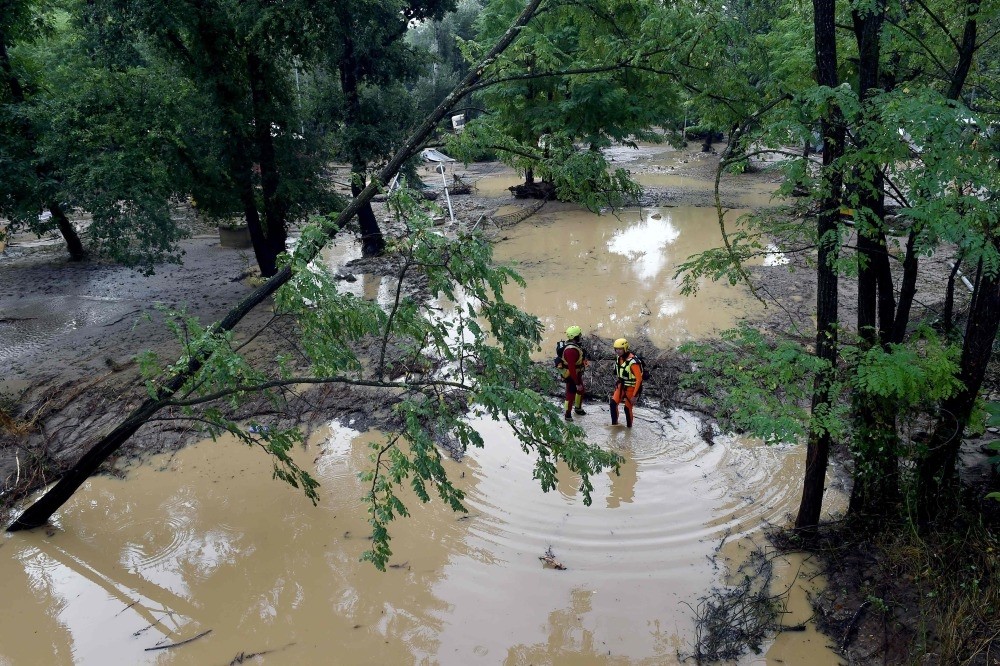 Hundreds of rescuers backed by helicopters evacuated about 1,600 people, most of them campers, in three regions of southern France where heavy rain caused flash flooding and transformed rivers and streams into torrents, the interior minister said Thursday.

Hardest hit was the Gard region, where 119 children, many of them from Germany, were evacuated from their campsite at Saint-Julien-de-Peyrolas, Interior Minister Gerard Collomb said in a statement.

About 750 people in all were evacuated in Gard, mainly from campsites, a top district official, Thierry Dousset, told France's BFM-TV news channel.

Search teams that included divers combed swollen waters for a man reported missing. BFM-TV said he was a 70-year-old German citizen serving as a monitor at the Saint-Julien-de-Peyrolas site and feared to have been swept away by flood waters along with his van. However, Dousset, the top aide of the Gard administration, said no one knew for certain yet that the man was in his van at the time.

Four German children were hospitalized for hypothermia in Bagnols-sur-Ceze, a town on the Ceze River, Dousset said. They were among 10 people hospitalized with minor injuries, the Gard Gendarmerie said on its Facebook page.

After a hot spell, the flash flooding in the northern part of the Gard region turned the Ceze and L'Ardeche rivers into churning waterways that quickly spilled out of their banks. Nearby regions — all part of the verdant and mountainous Cevennes — also saw flooding.

Collomb, the interior minister, said in a statement that 1,600 people were evacuated as a precaution in the Gard, the Ardeche and the Drome regions.

"No one has suitcases. We just have what we're wearing," Rita Mauersberger, a visitor from Germany who was among the campers taking shelter in a local hall in Saint-Julien-de-Peyrolas, told France Info radio.

More than 400 firefighters and gendarmes, many sent in from other regions, helped in the evacuations, using helicopters to spot camp sites and occasionally to perform rescues. Numerous roads in the area remained cut off as night fell. Authorities warned that the flooding would take time to recede and urged people to be vigilant.