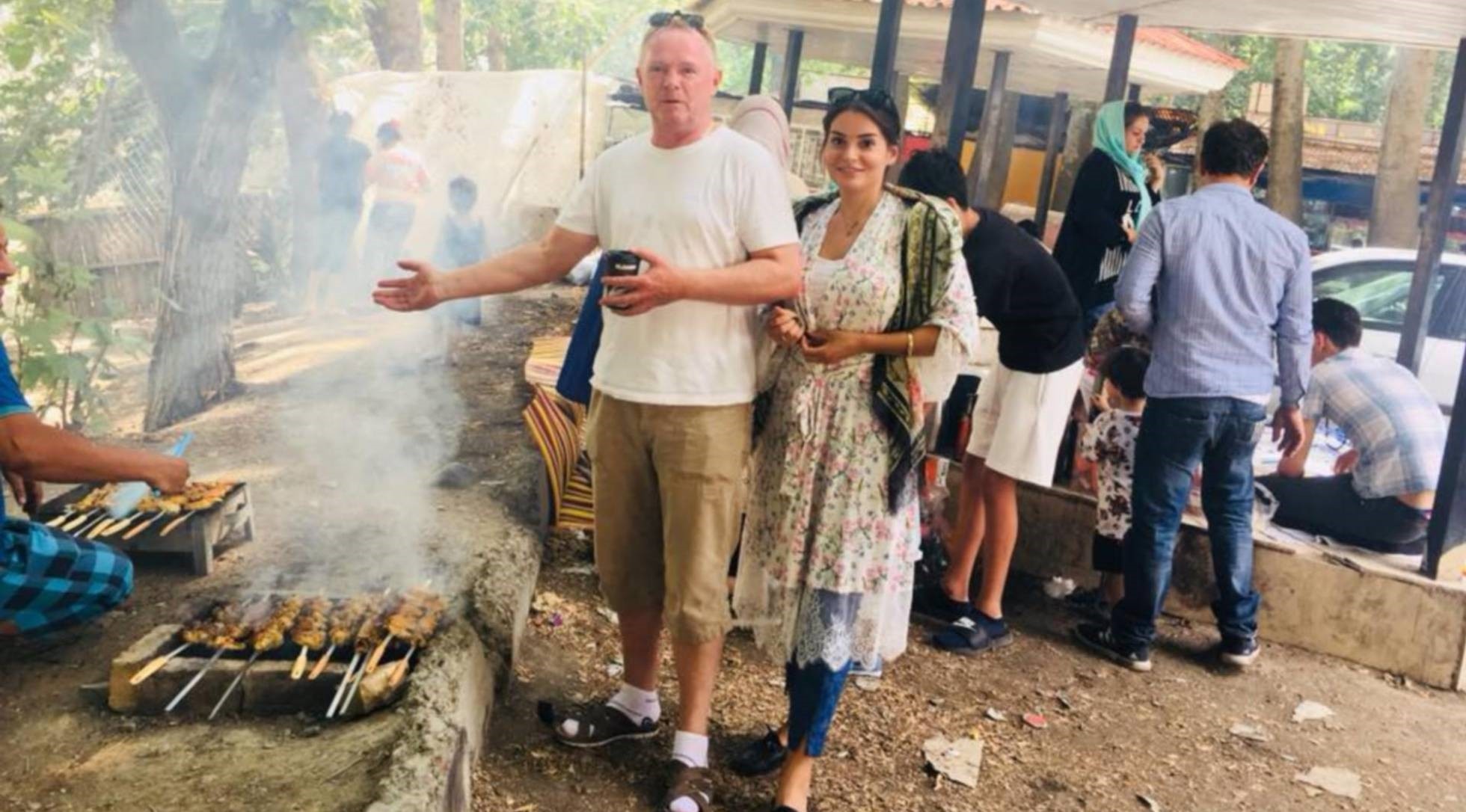 Norway's rightwing Fisheries Minister Per Sandberg with girlfriend Bahareh Letnes during their trip to Iran. (Via Facebook)
by Aug 13, 2018 12:00 am

Norway's rightwing Fisheries Minister and deputy head of the anti-immigration Progress Party Per Sandberg quit on Monday after breaching security protocol when he went on holiday to Iran with an Iranian-born former beauty queen, in a major media scandal.

Sandberg admitted he had travelled to Iran in July with his new girlfriend Bahareh Letnes, 28, without informing the prime minister's office in advance.

The 58-year-old also admitted bringing his work phone with him. Norway's intelligence agency regularly lists Iran as one of the countries most likely to carry out espionage, alongside China and Russia.

"Per himself asked to step down, and I think it was the right decision," Conservative Prime Minister Erna Solberg told reporters.

"He didn't show the necessary common sense when it comes to handling security issues," she said.

The story has been making headlines in Norway, fuelling criticism from members of the opposition and Sandberg's own party, which is in a coalition with the Conservatives and the Liberals.

Letnes had her asylum request rejected three times in Norway and was expelled, but finally obtained a residency permit on the grounds that she risked being subjected to a forced marriage in Iran.

The Progress Party favors a strict immigration policy, calling for rejected asylum seekers to be expelled swiftly. It is also highly critical of foreigners who return to their native country after receiving asylum in Norway.

Sandberg issued an apology in a bid to quell the criticism, but with new details emerging daily he ultimately decided to resign.

Among other things, it emerged he had also broken security protocol in May when he took his work phone to China.

"It's sad," he told reporters on Monday. "I had hoped to finish up a few projects," he added, refusing to comment on the personal aspects of the affair.

Norwegian intelligence services have opened a probe into Letnes, who denies any ties to the Iranian regime.

Sandberg will be replaced by Harald Tom Nesvik, a member of his own party, and has also stepped down as deputy head of the party.