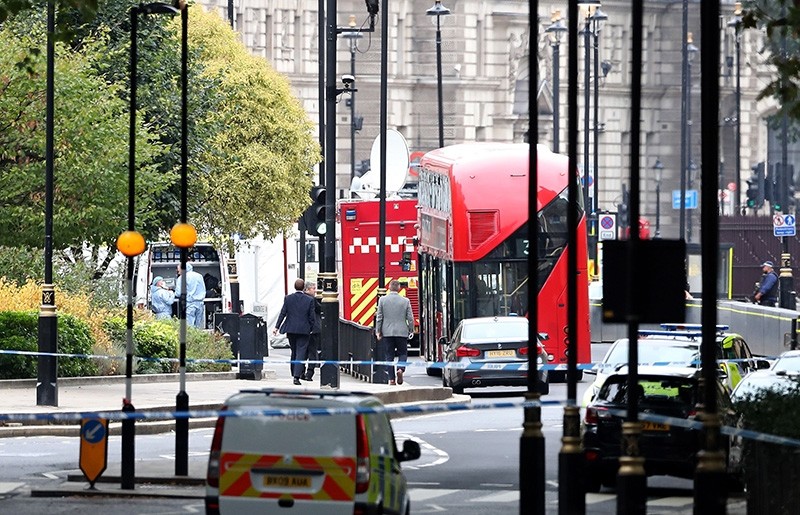 A number of people were injured after a car collided with security barriers outside London's parliament building on Tuesday and a man who drove the vehicle was arrested on suspicion of terror charges, police said.

"The male driver of the car was detained by officers at the scene. A number of pedestrians have been injured. Officers remain at the scene," London's police force said in a statement on Twitter.

Police said the incident is being treated as an act of terrorism at this stage. No weapons were recovered at the scene, they said.

"While we are keeping an open mind, the Met's Counter-Terrorism Command is leading the investigation into the Westminster incident," London's Metropolitan police said on Twitter.

Two people sustained injuries and were taken to hospital but their condition is not believed to be serious, the London Ambulance Service said.

Footage on social media showed heavily armed police response units arriving at the scene, with the area outside the parliament building in central London cordoned off.

British Prime Minister Theresa May said on Twitter: "My thoughts are with those injured in the incident in Westminster and my thanks to the emergency services for their immediate and courageous response."

In March 2017, Khalid Masood, 52, killed four people on nearby Westminster Bridge before he stabbed to death an unarmed police officer in the grounds of parliament. He was shot dead at the scene.

It was the first of five attacks on Britain last year which police blamed on terrorism.