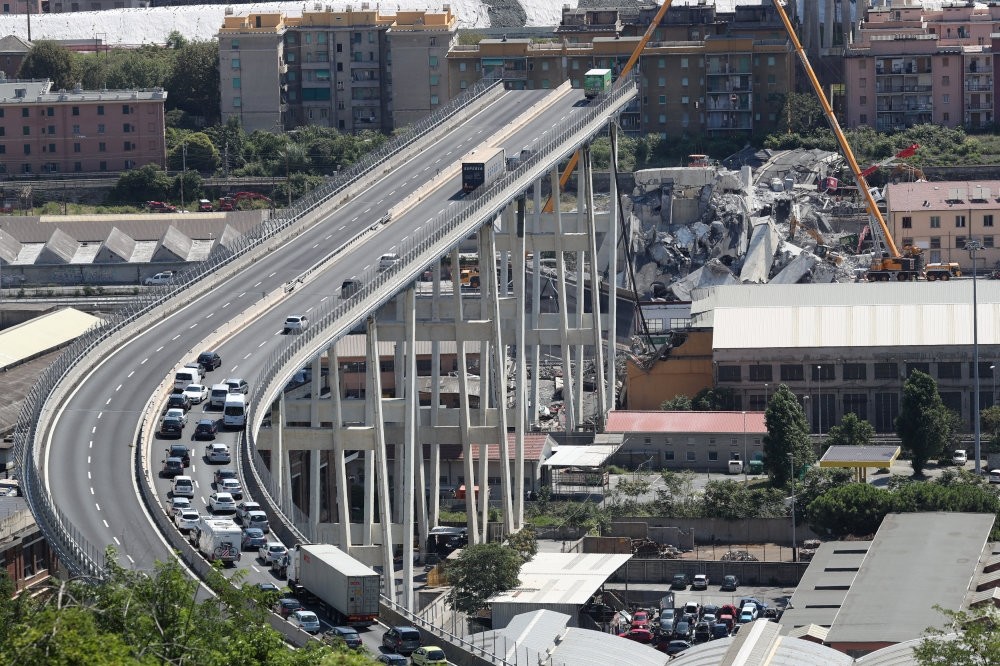 The European Union hit back at an Italian claim that the collapse of a highway bridge in Genoa was somehow linked to budget restraints imposed from outside Italy. EU spokesman Christian Spahr reacted yesterday after Italian Interior Minister Matteo Salvini criticized rules that limit budgetary spending, and linked them to the safety of infrastructure. Italy has been criticized by the Eurozone for budgetary gaps and called on to rein in spending.

Spahr said that "the time has come to make a few things clear," insisting that in the 2014-2020 EU budget plan "Italy is set to receive around 2.5 billion euros" under EU investment plans for network infrastructures, including roads, as reported by the Associated Press. He added that in April, the EU "also approved under EU state aid rules an investment plan for Italian motorways which will enable around 8.5 billion euros of investments to go ahead, including in the Genoa region." "In fact," he said, "the EU has encouraged investment in infrastructure in Italy."

The bridge was part of the Trans-European Transport Networks (TEN-T) and was therefore subject to special test and safety requirements of the European Union, the bloc's executive said yesterday. But the Italian authorities were responsible for implementing these requirements, the European Commission said.

The collapse occurred about midday Tuesday, the eve of Italy's biggest summer holiday, when traffic was particularly busy on the 51-year-old span that links two highways — one leading to France, the other to Milan — from this northwestern port city.

Motorway operator Autostrade per l'Italia has also come in for intense criticism. It had commissioned for later this year a 20-million-euro makeover of its concrete beams, which are suspected to have broken and caused the tragedy. The government has blamed Autostrade and wants to revoke its license for the motorway. The company said yesterday that it invested more than a billion euros annually in maintaining the bridge between 2012 and 2017. State prosecutors had previously said such an accident was unlikely.

Salvini declined to say how many people are still missing, and he added that trying to locate them was particularly difficult, due to the holiday. "It's not easy to distinguish between who doesn't respond because they are on the other side of the world and turned off their phone to relax" on vacation, and "who's not responding because they are under the rubble," he said. He said he hoped the death toll would not rise. "Miracles are still possible," Salvini said.

However, the number of dead following the Genoa bridge collapse could rise further, as state prosecutors spoke of several more people missing under the rubble. "There could be another 10 to 20 missing persons," lead prosecutor Francesco Cozzi said yesterday in the Italian port city, according to the ANSA news agency. Cozzi had placed the death toll at 42 on Wednesday, while local authorities could only confirm 38 deaths.

Authorities urged the quick removal of tons of debris from a dry river bed so that the rubble doesn't create a makeshift dam if heavy rains fall in the flood-prone city on the Mediterranean. Debris also must be cleared from railroad tracks, a vital link especially now that Genoa is largely cut in half by the loss of such a key artery, Premier Giuseppe Conte said.

Authorities worried about the stability of remaining large sections of the bridge, prompting a wider evacuation order and forcing about 630 people from nearby apartments, some practically in the shadow of the elevated highway. Firefighters went inside some of the vacated apartments briefly to retrieve documents and, in at least one home, pet cats.