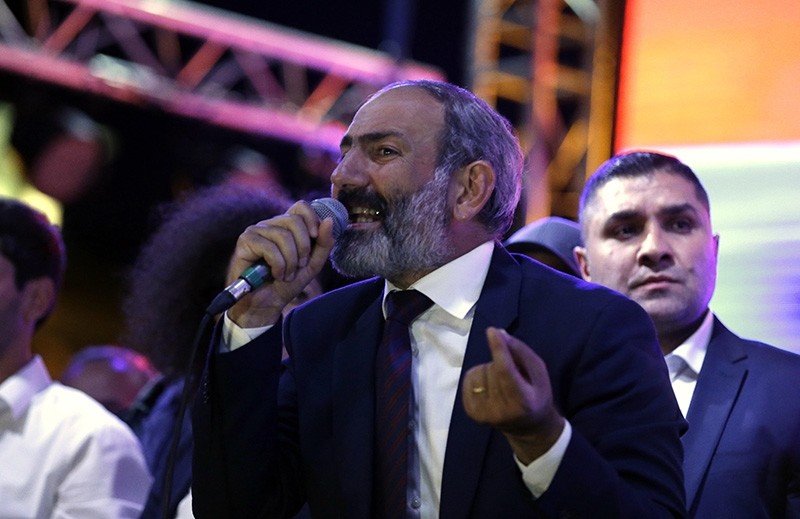 Thousands of Armenians rallied on Friday in Yerevan in support of the anti-corruption reformist Prime Minister Nikol Pashinian, 100 days after mass anti-government protests propelled him to power.

Pashinian led thousands of supporters who marched through the streets of the Armenian capital before gathering in Yerevan's central Republic Square.

"I want to report to you on what has been done since I was elected prime minister hundred days ago," Pashinian ​told the rally.

After spearheading weeks of anti-government protests, Pashinian ​was elected as Prime Minister in May, promising to stamp out official graft.

Lavrov's warning came after former Armenian president Robert Kocharian was charged with tipping a 2008 election in favor of his pro-Moscow successor.

"We want that our strategic partner Russia and other countries respect our new government, don't meddle in our internal affairs. It's none of their business who is being prosecuted in Armenia," 24-year-old student Aram Amaryan told AFP at Friday's rally.

Kocharian was on Monday released from pre-trial detention and announced a political comeback. Analysts said that the pro-Russian former leader is trying to mobilize opposition forces against Pashinian's government.