Merkel says in favor of classifying Georgia as 'safe country' 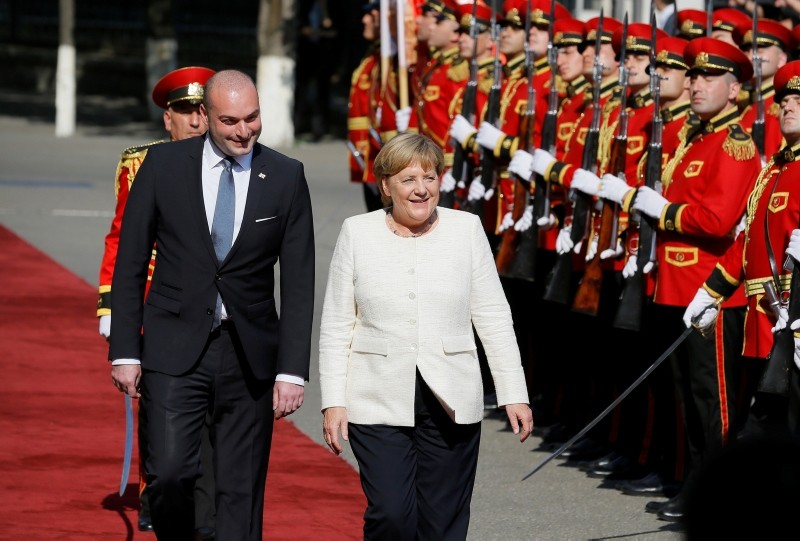 German Chancellor Angela Merkel said Thursday she is in favor of classifying Georgia as a safe country of origin, a move that would make it tougher for asylum seekers to be recognized as refugees in Germany.

Ever since a liberalization of EU visas for Georgians, Germany has witnessed a spike in the number of citizens from the South Caucasian country applying for refuge within its borders, Merkel said during a visit to the Georgian capital Tbilisi on Thursday, where she held talks with the country's prime minister, Mamuka Bakhtadze, and President Giorgi Margvelashvili.

Georgia wants to join the European Union and NATO for protection from its much larger neighbor Russia.

The Western alliances have reacted cautiously to Georgian advances, however, due to Russia's reaction in the past when Ukraine made similar moves.

Merkel is on a three-day tour of Georgia, Armenia, and Azerbaijan.

On Friday, the chancellor is expected to move on to Armenia before continuing to Azerbaijan on Saturday.