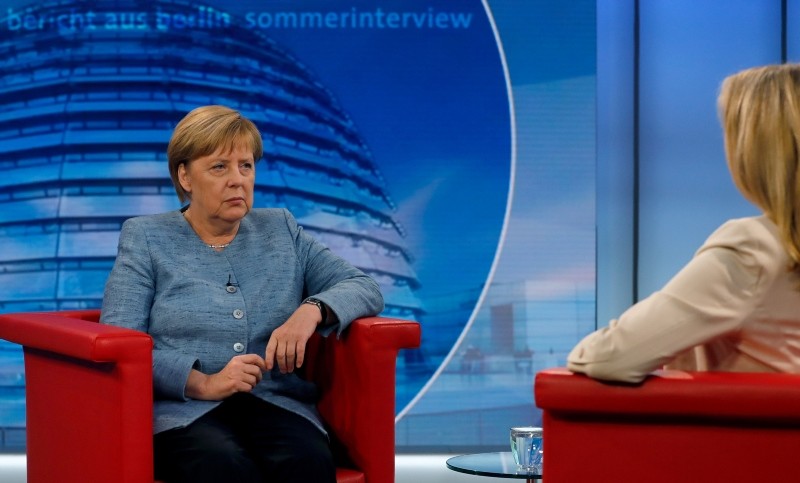 German Chancellor Angela Merkel said on Sunday the complaints by Turkish-German football star Mesut Özil, who recently quit the German national team due to racism, needed to be taken seriously.

Speaking in an interview with broadcaster ARD, Merkel said she "did not like the type of discussions that took place" after Özil had a photo taken with Turkish President Recep Tayyip Erdoğan.

Özil quit the national team in July, citing racist propaganda he faced in Germany since meeting President Erdoğan three months before that. Özil accused far-right politicians and media for questioning his loyalty to Germany, and using his picture with Erdoğan "as an opportunity to express their previously hidden racist tendencies." Özil further said he no longer wanted to or could wear Germany's famous black-and-white jersey.

"Whether it is Özil or someone else, if a person with an immigrant background says 'I am not being well-treated in this public,' we need to take this seriously and discuss it," Merkel said.

Özil, 29, spent nine years on the national team, earned 92 caps and scored a World Cup win. He was attacked after the team was eliminated in the first round of the 2018 World Cup held in Russia after poor performance on the pitch.

German Football Association (DFB) President Reinhard Grindel said on Aug. 19 that he should have been more supportive of Özil when the midfielder was the target of "racist attacks." Grindel was seen as one of the main people responsible for Özil quitting due to offensive statements against him during and after the World Cup.

German Foreign Minister Heiko Maas said earlier this month that debates on Özil's departure from the German national team due to racist acts harmed Germany's reputation. "Özil's quitting from the German national team triggered the migration debates. The latest debates and the increasing number of racist attacks against migrants and Jews create a shameful situation for Germany," Maas said in an interview.