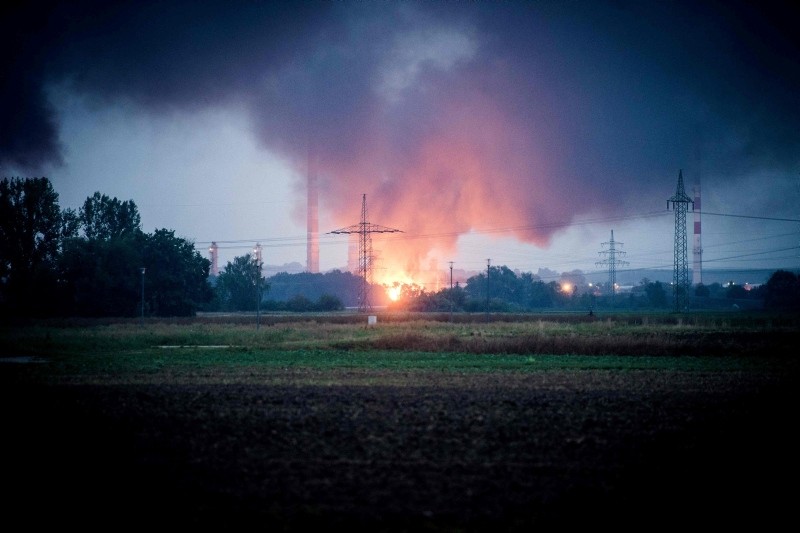 General view shows the fire on the site of a refinery of Bayernoil company where an explosion took place in Vohburg an der Donau near the Bavarian town of Ingolstadt. (AFP Photo)
by Compiled from Wire Services Sep 01, 2018 12:00 am

An explosion and blaze at an oil refinery complex in southern Germany injured 10 people and forced the temporary evacuation of around 2,000 people nearby, police said.

Police said the fire spread quickly after a loud detonation was heard early Saturday in the southern German town of Vohburg an der Donau. A huge smoke cloud could be seen miles away.

The cause of the blast at the Bayernoil complex in Vohburg an der Donau, near the city of of Ingolstadt, has not been determined.

The detonation could be heard kilometers away and the subsequent fire spread quickly, sending large plumes of black smoke over the area.

Three of the injured were hospitalized, police said. All casualties occurred on the premises of the refinery.

He said one of the victims suffered serious injuries.

The residents were evacuated due to concerns about the thick smoke. They were allowed to return home when the sky began to clear, about three hours after the initial blast lit up the early morning sky.

Authorities said the cause of the explosion was not known.