German far-left to launch new movement amid wave of violence 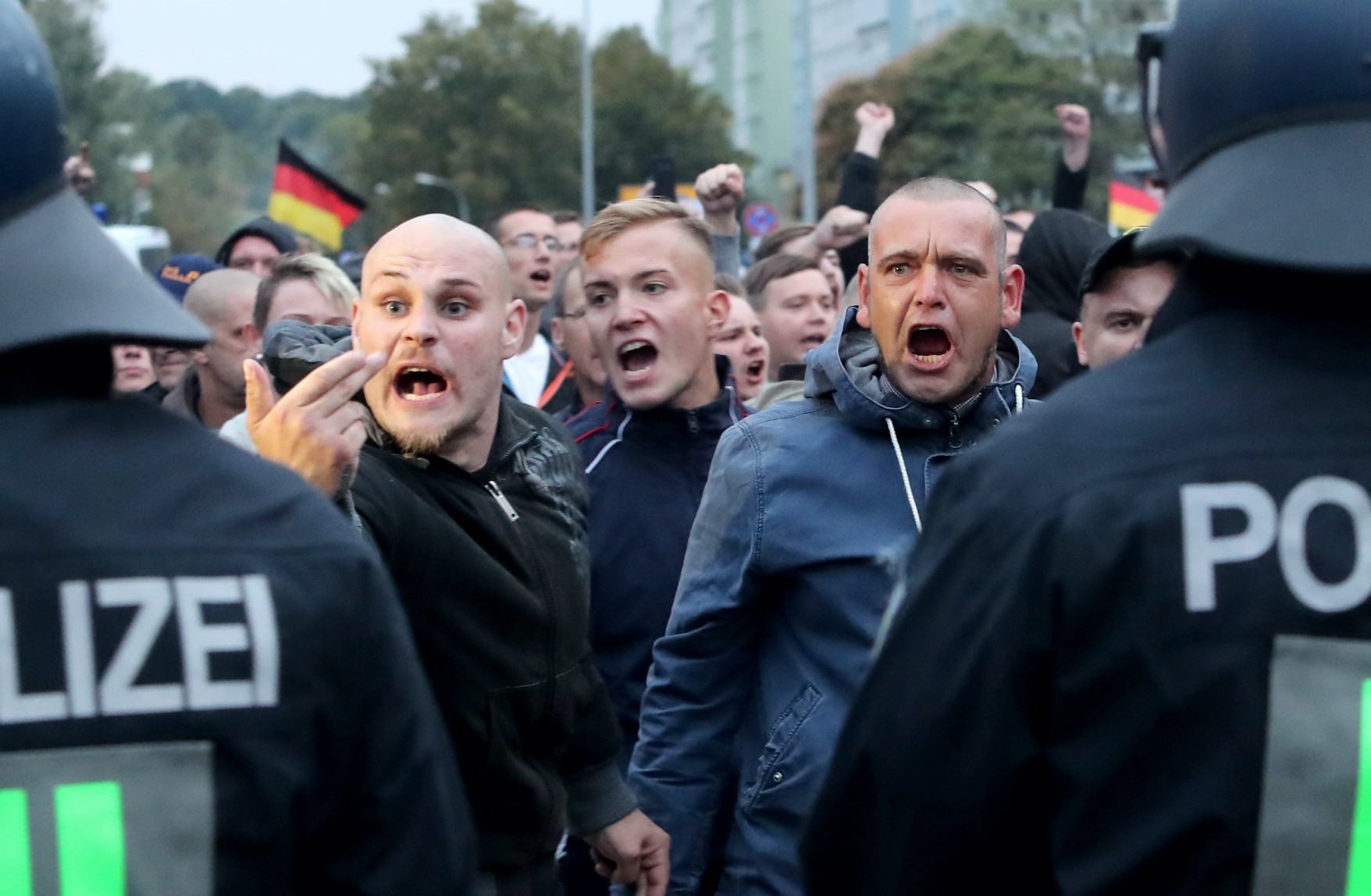 In a bid to challenge German Chancellor Angela Merkel's coalition and the rise of the far-right in the country, the German far-left has ambitions of launching a cross-party leftist alliance

German far-left leaders are considering building a populist leftwing movement in a challenge to German Chancellor Angela Merkel's centrist coalition government and the rise of the far-right Alternative for Germany (AfD) as the country has been hit by violent far-right protests. Its aim is to energize followers of her far-left Die Linke party, the center-left Social Democrats (SPD) and ecologist Greens, but also to win back disenchanted working-class voters who have drifted to far-right protest parties.

Its website launched in mid-August cites reggae singer Bob Marley's chant "get up, stand up!" and declares boldly that "no politician, no party will solve our problems if we don't do it ourselves." Tens of thousands have signed up online to join the fight for secure jobs and pensions, good education, protecting the environment, disarmament and "a true democracy not ruled by banks, corporations and lobbyists." The jury is still out on whether it will spark a political revolution or quickly fizzle out. The idea of a cross-party leftist alliance has repeatedly come up and been dismissed, in large part because of Die Linke's uncompromising hard-left positions, such as wanting to abolish NATO and all secret services.

Germany's three leftist parties won combined support of under 40 percent in last year's elections, which narrowly delivered a bruised Merkel, until then dubbed "the eternal chancellor," her fourth four-year term. The SPD was dispirited and split after a historically poor result, which forced it to reluctantly joined Merkel's conservatives again as junior partner, further damaging morale. The workingman's party, which saw mass desertions after the tough labor market reforms of previous chancellor Gerhard Schroeder, is now polling below 20 percent, raising existential angst.

The mood is more upbeat among the ecologist Greens, who under charismatic and pragmatic new co-leader Robert Habeck appear open to a future government alliance with either the SPD or conservatives. The launch of a populist left-wing movement came amid a wave of violent protests by the far right in the German city of Chemnitz. Nine people were injured Saturday on the sidelines of opposing demonstrations by the far-right and the left in the German city of Chemnitz, which was hit by anti-migrant protests last week.

Chemnitz has been in the spotlight after violent xenophobic protests erupted over the fatal stabbing of a German man, allegedly by a Syrian and an Iraqi last Sunday.

On Saturday, thousands of people answered a joint call by far-right party AfD and the Islamophobic PEGIDA street movement to descend once again on the streets. But an equally large contingent of counter protesters, including Green party and Social Democratic Party deputies, also converged in former communist city to take a stand against racism.

The tension in the air reflected the polarization over Germany's ongoing effort to come to terms with an influx of more than 1 million refugees and migrants seeking jobs since 2015.

The right blames Chancellor Angela Merkel's decision to allow in hundreds of thousands of asylum-seekers from war-torn countries like Syria, Iraq and Afghanistan for multiple problems. Some far-right supporters argued before the killing in Chemnitz that migrants are responsible for an increase in serious crimes, especially attacks on women.

The anti-migrant sentiment has been particularly strong in Saxony state, traditional strongholds of groups that sought to inspire a nationwide movement on Saturday night.

While the share of foreigners residing in Saxony remains below Germany's national average and displays of Nazi symbols are outlawed across the shame-marked country, far-right sympathizers mobilized with exceptional speed on the night of the Chemnitz slaying and the days after.