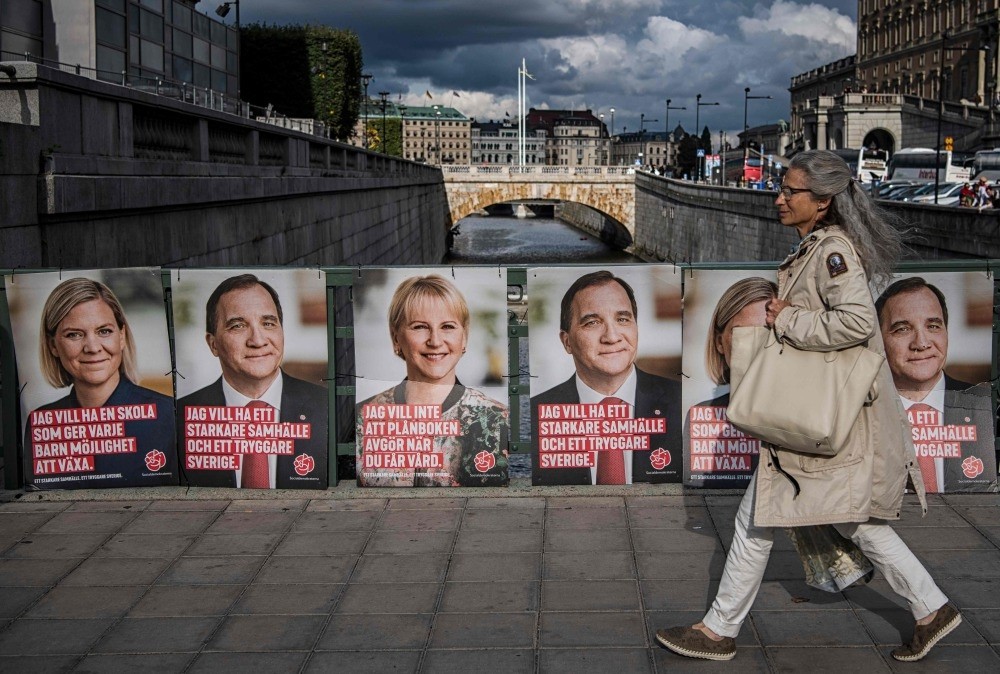 As the elections in Sweden approach, the growing anti-immigration sentiment puts the far-right on course for big gains in one of Europe's most liberal countries

The anti-immigration far-right is expected to soar in Sweden's Sept. 9 general election, capitalizing on voter discontent as Swedes punish traditional parties over immigration and integration.

Prime Minister Stefan Lofven's Social Democrats, who have dominated Swedish politics since the 1930s, will remain the biggest party in the country but likely with a record low score, polls suggest. The far-right Sweden Democrats (SD) are heading to make the most gains and come in a close second, followed by the conservative Moderates.

Visitors to Sweden in 2018 will still see young dads on paternity leave pushing prams, and helmeted cyclists biking through clean, tranquil and picturesque cities. But this year's election campaign posters signal a change of tone in the public debate: "No to Prayer Calls," "Speak Swedish to become Swedish," and "Hate or Debate?"

A country of 10 million people, Sweden has welcomed 400,000 asylum seekers since 2012, first under the center-right government of Fredrik Reinfeldt and then under Lofven's center-left administration.

Sweden's Migration Agency is forecasting the Nordic country will take in some 23,000 asylum seekers in 2018, the fewest in five years and a long way off the record 163,000 in 2015, when more than one million migrants streamed into the European Union.

Prime Minister Stefan Lofven's Social Democrats have around 25 percent support in polls, ahead of the Moderates and Sweden Democrats, but neither his center-left bloc nor the rival Alliance look likely to garner a majority on Sept. 9. Complex parliamentary arithmetic indicates Moderate Party leader Ulf Kristersson will succeed in ousting Lofven in a post-election vote by MPs, but he will have a tough task filling the Social Democrat's shoes. If he is seen as yielding to the Sweden Democrats he may be ditched by the centrist and liberal parties in his Alliance. Should he fail, few options appear open to form a stable government. The Sweden Democrats' surge has transformed a political landscape long defined by clear-cut, sturdy center-left and center-right blocs in the Riksdag (Parliament). Indeed, snap elections could become reality for the first time in 60 years.