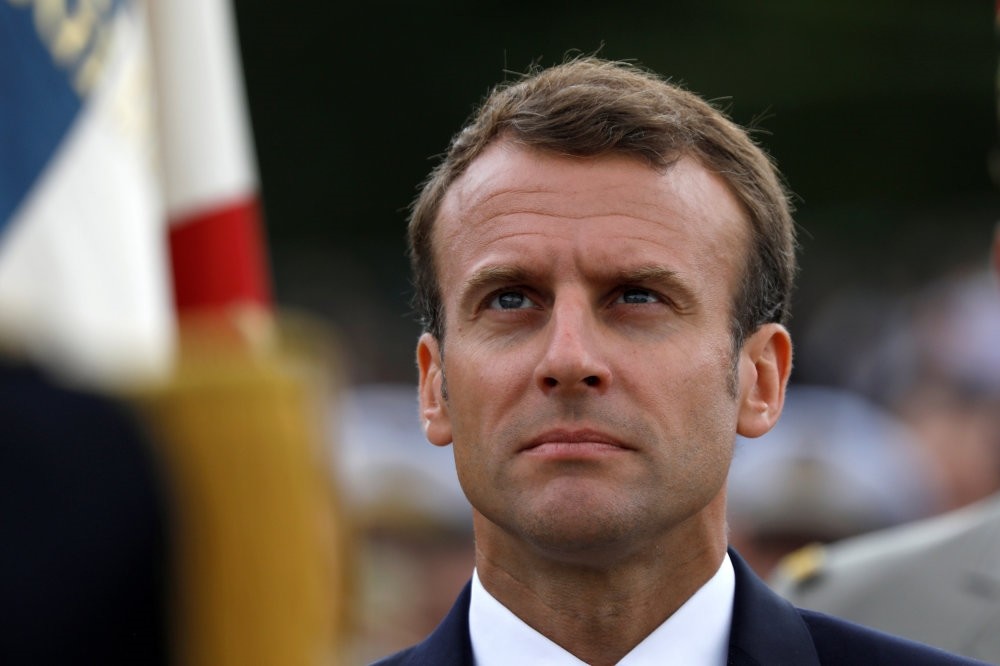 French President Emmanuel Macron was hit by a second resignation in a week yesterday as his sports minister quit, forcing him to make two changes to his cabinet.

French President Macron picked a political ally and a former swimming world champion to plug two holes in his government left by the unexpected resignations of the environment and sports ministers. The Elysée Palace announced the mini-reshuffle in a brief statement yesterday.

Francois de Rugy, president of the National Assembly, Parliament's lower house, takes over at the ecology ministry. He replaces Nicolas Hulot, a high-profile and popular green campaigner who quit last week, lamenting that not enough is being done against environmental destruction.

The new sports minister, Roxana Maracineanu, was a backstroke world champion in 1998 and an Olympic silver medalist in 2000. She replaces Laura Flessel, a double Olympic gold medalist in fencing, who cited "personal reasons" for her unexpected resignation.

De Rugy will see oversee energy and transport policies as part of his environment brief. As such, he will be one of the public faces of Macron's efforts to position France as a champion in the fight against climate change and as a counterweight to the environmental policies of U.S. President Donald Trump.

The cabinet shuffle comes as Macron is trying to rebound from his lowest approval ratings since taking office in May 2017. An IFOP-Fiducial opinion poll yesterday showed just 31 percent of respondents were happy with his performance as support eroded across all ages on both the political left and right. That is lower than his predecessor Francois Hollande at the same stage in the socialist's presidency. Hollande went on to become so unpopular he was the first president in France's Fifth Republic not to run for re-election.

"It's something of a 'year zero' for Emmanuel Macron. The slate is being wiped clean, even his popularity is starting at zero again. Everything has to be rebuilt," said Philippe Moreau Chevrolet of the Sciences Po political science school in Paris. In a rare moment of humility, Macron on Monday acknowledged the challenges of his job to a class of young school students: "There are some days which are easy, and others which are not."

For much of Macron's first year in power, the former investment banker appeared untouchable, self-assured by his falling popularity as he pushed through investor-friendly reforms with business-like efficiency. Recently, however, Macron has looked more vulnerable. Economic growth is slower than forecast, undermining his deficit-busting credentials. Unemployment is no longer coming down. Usually decisive, Macron is wavering on impending tax collection reform. Meanwhile, voters are growing impatient with his monarchical style and sharp tongue. "It wasn't supposed to happen to this president. He promised to be audacious in his reforms, efficient in the exercise of power, and the embodiment of dignity. In his first few months the promise was kept, but now everything is going wrong," the right-leaning Le Figaro said in an editorial on Monday.