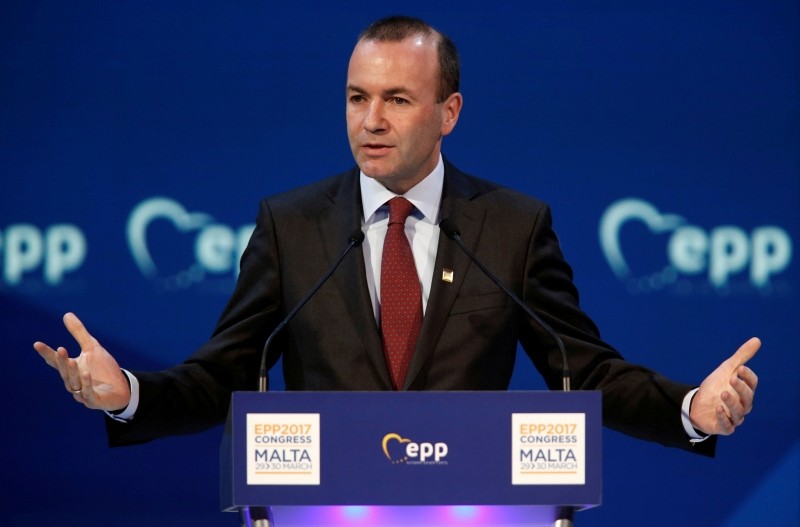 German conservative Manfred Weber declared his bid on Wednesday to succeed Jean-Claude Juncker as EU chief executive, signaling an early start to campaigning for elections to the European Parliament in May.

"I want to become the EPP's lead candidate for the 2019 European elections and be the next president of the European Commission," the 46-year-old tweeted during a meeting with members of his European People's Party (EPP) in Brussels.

Weber, who leads the biggest trans-national group in the EU legislature, seems confident of backing from German Chancellor Angela Merkel, the bloc's main power broker. But he will face big challenges, including from other conservatives, as well as resistance from French President Emmanuel Macron and others to the very system Weber wants to use to claim Brussels' top job.

However, should he also receive the endorsement of the EPP at a party congress in Helsinki on November 9, he has a strong chance of succeeding incumbent Jean-Claude Juncker following European elections in May.

Weber told the Christian Social Union (CSU) of his decision to run on Tuesday, according to sources from Merkel's CDU/CSU parliamentary alliance, who also said that Weber would pitch his candidacy to the Christian Democrats (CDU) leadership on September 10.

No German since Walter Hallstein has led the powerful Brussels institution. Hallstein held the position between 1958 and 1967.

Weber has been a member of the European Parliament since 2004 and has headed the EPP group since 2014.

No other EPP politician has so far announced an intention to run, but former Finnish premier Alexander Stubb and Michael Barnier, the EU's chief Brexit negotiator, have been named as potential candidates.