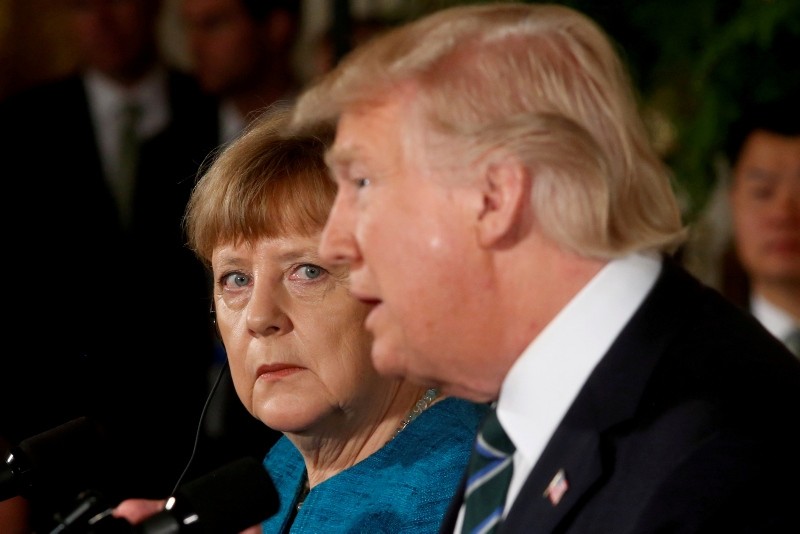 The greatest source of German angst are the policies of U.S. President Donald Trump, according to an insurance company's survey of the deepest fears plaguing the country's people.

Trump's policies were named as the top fear factor by 69 percent of respondents in the annual survey, in which last year's number one issue, terrorism, was bumped down to fifth place.

"More than two-thirds of Germans have a great fear that the politics of Donald Trump are making the world a more dangerous place," said survey institute director Brigitte Roemstedt.

The second greatest concern was mass immigration (named by 63 percent), followed in third place by social tensions this influx has created (also 63 percent), according to the nationwide poll of more than 2,300 respondents.

Worries about the impact of more than one million migrants and refugees flocking to Germany in recent years were marginally higher in the country's ex-communist east and the conservative south.

The "Fears of Germans" poll has been carried out for over a quarter century by the R+V insurance company's Infocenter, which asks respondents which political, economic, personal and ecological issues scare them the most.

"Trump's ruthless 'America First' policy, his aggressive stance against international agreements and his no less aggressive stance on trade and security, including against allies, is scaring a majority of the population," said political scientist Manfred Schmidt.

"This is reinforced by Trump's attacks against Germany," Schmidt of the Ruprecht Karls University in Heidelberg, who advises the center, said in a statement.

"If the U.S. should refuse to provide military assistance to countries with supposedly low defense expenditures, this would put Germany in a difficult position, given its current inability to defend itself."

The next major worry for Germans was, at number four in the survey with 61 percent, general doubt about their politicians' capacity to handle the complex problems they face.

In fifth place (59 percent) came terrorism, which had topped the fear ranking in the past two years amid a string of deadly terrorist attacks in Paris, Brussels, London and Berlin.

The next greatest fears were that eurozone debt problems would cost German taxpayers, political and religious extremism, natural disaster linked to climate change, other environmental problems, and being care-dependent in old age.

The survey this year was carried out among 2,335 respondents aged 14 years or older between June 8 and July 18, with a total of 21 set questions.