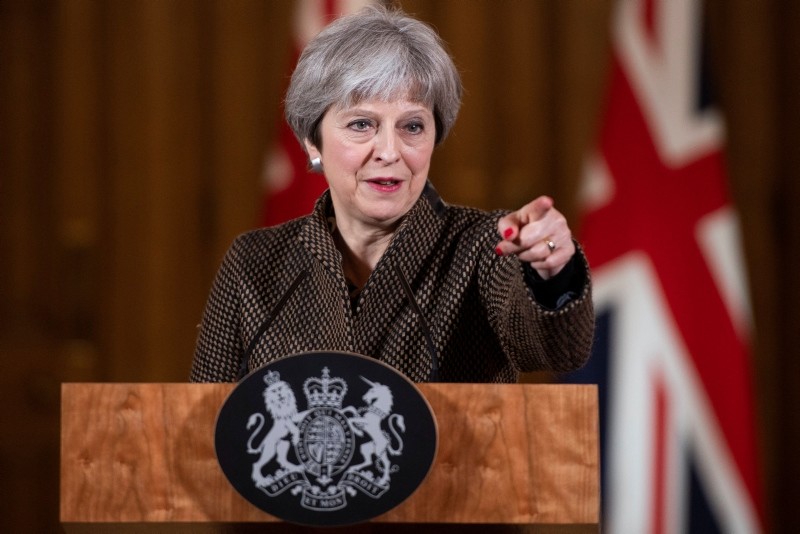 British Prime Minister Theresa May's Conservative Party faces a "catastrophic split" if she persists with her so-called Chequers proposals on Brexit and 80 or more of her lawmakers are prepared to vote against the proposals, a former junior minister said.

Such public criticism, just a day after her former foreign minister, Boris Johnson, cast her Brexit plans as a "a suicide vest" wrapped around the British constitution indicates the level of opposition to her within the party.

Steve Baker, a former junior Brexit minister who resigned over May's Brexit proposals, told the Press Association that he was not advocating a change of leader but warned May faced a massive problem at the Sept. 30-Oct. 3 party conference.

"If we come out of conference with her hoping to get Chequers through on the back of Labour votes, I think the EU negotiators would probably understand that if that were done, the Tory party would suffer the catastrophic split which thus far we have managed to avoid," Baker was quoted as saying.

Rather than the Chequers proposals, Baker said May should seek a Free Trade Agreement under the terms already placed on the table by European Council president Donald Tusk in March, PA reported.

The United Kingdom is due to leave the European Union on March 29, yet little is clear: There is, so far, no full exit deal and some rebels say May could have trouble pushing an agreement through the British parliament.

Both London and Brussels say they want to get a divorce deal at the October 18 EU Council, or, at the latest, by the end of the year.

Any deal with the EU must be approved by the British parliament, which is due to go on Christmas holiday from Dec. 20 to Jan. 7. If British lawmakers reject a deal in late December or early January, Britain would face the prospect of leaving the EU three months later without an agreement.

Without a deal, the UK would move from seamless trade with the rest of the European Union to customs arrangements set by the World Trade Organization for external states with no preferential deals.

Some business leaders have warned that adding just two minutes onto every lorry's customs procedure passing through the southern English port of Dover would produce a 14-mile tailback on either side of the Channel after one day.

Supporters of Brexit say those fears are overblown and that the UK economy would thrive in the long term outside the EU.