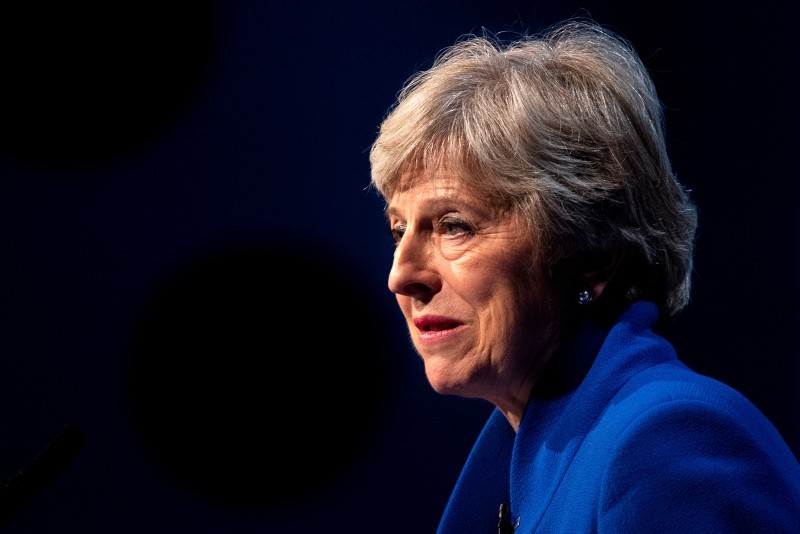 About 50 Brexit-supporting lawmakers in British Prime Minister Theresa May's party have met to discuss how and when they could force her out of her job, the BBC reported Wednesday.

Since her botched bet on a snap election in June 2017 lost her party its majority in parliament, May has faced persistent talk of a leadership challenge which has weakened her as she tries to clinch a Brexit deal with the European Union.

Lawmakers from the European Research Group (ERG), a grouping in May's Conservative Party which wants a sharper break with the EU, met on Tuesday night and openly discussed May's future. Unattributed comments included "everyone I know says she has to go", "she's a disaster" and "this can't go on," the BBC reported, according to Reuters.

One source quoted by the BBC said "people feel the leadership is out of touch and has lost the plot" but another said changing the leader "is a stupid idea now."

Meanwhile, leading Brexit-supporting lawmakers insisted yesterday that they aren't about to topple Prime Minister Theresa May, despite strong opposition to her plan for taking Britain out of the European Union.

Pro-Brexit Environment Secretary Michael Gove said that speculation about a leadership challenge is just "loose talk," as reported by The Associated Press. He said May is doing a "great job at the moment." Former Brexit Secretary David Davis, who quit the government in July over differences with May, added that she is a "very good" prime minister with whom he disagreed on one issue.

Britain is due to leave the EU on March 29, but divorce talks have foundered amid Conservative divisions over how close a relationship to seek with the bloc. Hopes are fading that Britain and the EU can strike a deal at an EU summit in October as originally planned, but there are growing expectations that the EU is planning another meeting for November.

EU leaders have issued encouraging statements recently, saying a deal is possible in the next two months if both sides are realistic. European Commission President Jean-Claude Juncker said yesterday that EU negotiators "stand ready to work day and night to reach a deal." But a deal is far from done, and the U.K. has stepped up planning for a "no-deal" Brexit, which could disrupt trade, transport and other sectors of the economy.