French President Macron under fire for lecture to job seeker 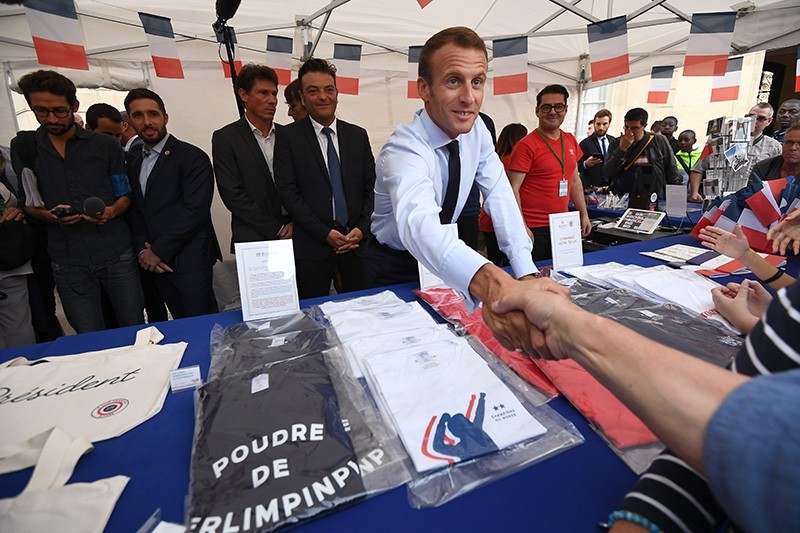 French President Emmanuel Macron was facing fresh criticism Sunday after telling an aspiring gardener that he could easily find a job if he would simply start looking in high-demand sectors like restaurants or construction.

In a video doing the rounds on social media, Macron is seen talking with the young man during a public open house at the Elysee Palace on Saturday, part of the country's Heritage Days.

"I'm 25 years old, I send resumes and cover letters, they don't lead to anything," he tells the president.

"If you're willing and motivated, in hotels, cafes and restaurants, construction, there's not a single place I go where they don't say they're looking for people. Not one -- it's true!" Macron replies.

He suggests going to the Montparnasse neighborhood, an area chock full of cafes and restaurants, assuring him he would easily find work.

"I can find you a job just by crossing the road," he says.

"So go ahead," he adds, to which the man replies, "Understood, thank you" as they shake hands.

Industry officials say there are some 100,000 hotel and restaurant jobs that need filling in France, and have called on Macron to regularize more illegal immigrants to cover the shortage.

Yet critics quickly took to Twitter to deride the advice from the president, a former investment banker who has struggled to shake off a reputation as "president of the rich."

"Completely disconnected from the reality of the French," one user wrote. "How can someone show that much contempt, lack of empathy and ignorance in just 30 seconds?" asked another.

Christophe Castaner, the head of Macron's Republic on the Move party, rejected accusations that Macron had "poorly treated the unemployed."

"Is what the president said false? If you go to the Montparnasse area, you won't find that they need workers?" he said in a television interview Sunday.

"You would prefer empty words?" he continued. "I prefer a president who says the truth."

It was the not the first time Macron has found himself in hot water after appearing to dismiss the concerns of ordinary people while he pushes reforms aimed at shoring up economic growth.

He once called opponents to his reforms "slackers", and criticized union protesters for "stirring up trouble" instead of finding new jobs.

His poll ratings have slumped to their lowest levels since his election in May 2017, as tax cuts intended to spur spending, mainly for companies and higher earners, have yet to bear much fruit.