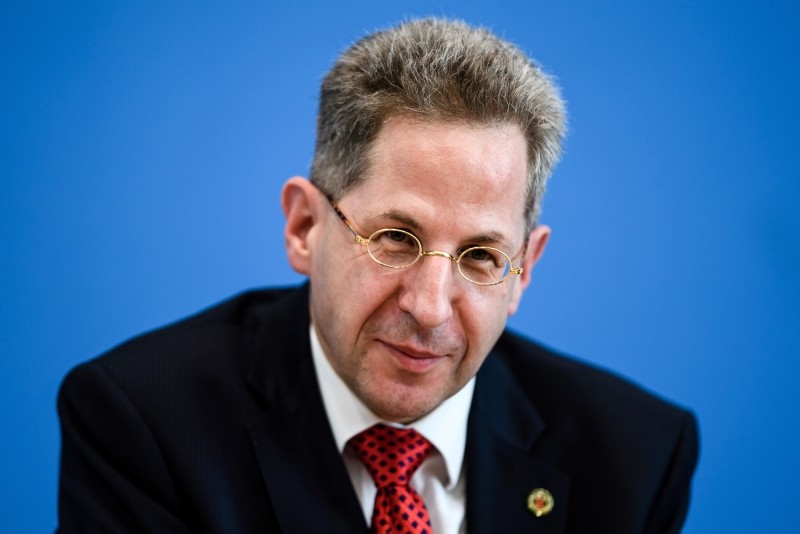 | EPA Photo
by Sep 18, 2018 12:00 am
Germany's government said on Tuesday it would replace the head of its domestic intelligence agency who has faced accusations of harbouring far-right sympathies, putting an end to a row that exposed divisions in Chancellor Angela Merkel's government.

Hans-Georg Maassen, who had questioned the authenticity of video footage showing far-right radicals hounding migrants in the eastern German city of Chemnitz, will become a senior official at the interior ministry once he leaves the BfV agency, the government said in a statement.

The centre-left Social Democrats (SPD), junior coalition partners of Merkel's conservative bloc, had wanted Maassen removed from the office he has held since 2012. Horst Seehofer, leader of Merkel's Bavaria allies, had stood behind Maassen.

"Interior Minister Horst Seehofer values (Maassen's) competence in the questions of public security," the government statement said. "Mr Maassen will not be in charge for supervising the BfV at the ministry."

German media commentators derided the decision as a face-saving measure that amounted to nothing less than a promotion for Maassen, who has faced accusations during his time at the BfV of mishandling a couple of high profile cases.

"Maassen is no longer the top spy. This is good. But it is a farce that he is practically being promoted and that the SPD is going along with this," said Dietmar Bartsch of the hard-left Die Linke party. "This government has reached its end. It is an emergency government of the election losers."

Maassen's comments on the video pictures contradicted Merkel's own assessment. She said they "very clearly revealed hate" which could not be tolerated.

The far-right violence, the worst seen in Germany in decades, followed the fatal stabbing of a German man that was blamed on two migrants. Earlier on Tuesday a German court released one of the men, an Iraqi, though a Syrian man remains in custody and a third suspect is being sought.

Merkel has been criticised for taking 11 days to act on Maassen, whose comments on the far-right violence in Chemnitz during an interview with mass-selling Bild newspaper on Sept. 7 triggered the row.