Hungary says it will 'never be a country of migrants,' lashes out at UN for being 'biased' 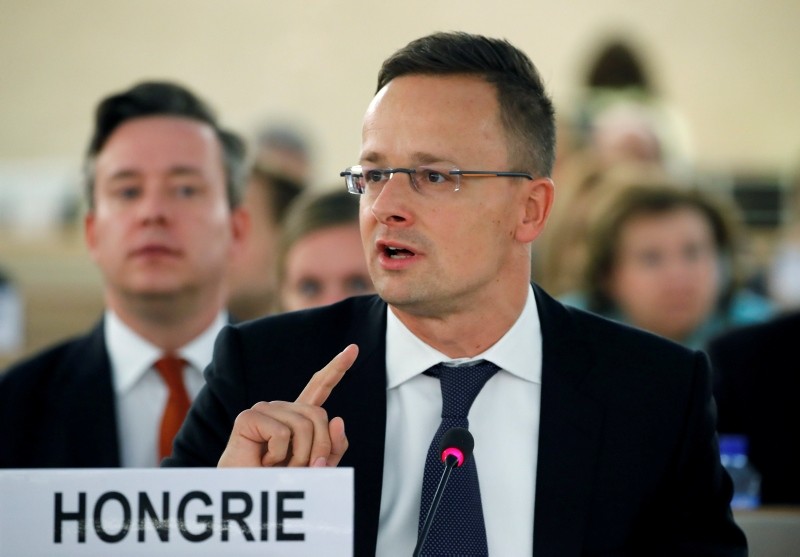 Hungary's foreign minister denounced U.N. officials Wednesday for "spreading lies" with their criticism of Budapest's anti-migration policies, insisting that his country would "never be a country of migrants".

"It is obvious that the U.N. officials spreading these lies about Hungary are biased pro-migration officials," Peter Szijjarto told the U.N. Human Rights Council in Geneva, insisting that his country "will never be a country of migrants... We will never allow one single illegal migrant to enter the territory of our country."

The right-wing government of Prime Minister Viktor Orban is one of the strongest opponents of immigration into the European Union. It has built a fence along Hungary's southern borders and made it very difficult for refugees to apply for asylum.

A U.N. rights watchdog, which reviewed Hungary's record, urged the government in April to crack down on hate speech by politicians against Roma, Muslims and other minorities, and to repeal a law allowing migrants to be deported without a chance to seek asylum.

Szijjarto, in an angry and apparently improvised speech on Wednesday, appeared to take aim at the panel composed of 18 independent experts, saying "they should not be independent from the truth".

"Recently, unfortunately, some U.N. officials started to spread lies against and about my country," he told the U.N. Human Rights Council, where Hungary is currently among the 47 member states of the Geneva forum.

Szijjarto, who headed Hungary's delegation to the review by the separate watchdog in March-April, noted that Orban's conservative Fidesz party had subsequently won re-election for a third consecutive term with a large majority.

"U.N. officials would like to force on us impossible things, to allow illegal migrants to enter our country. They say that migration is a fundamental human right, which is a lie," he said.