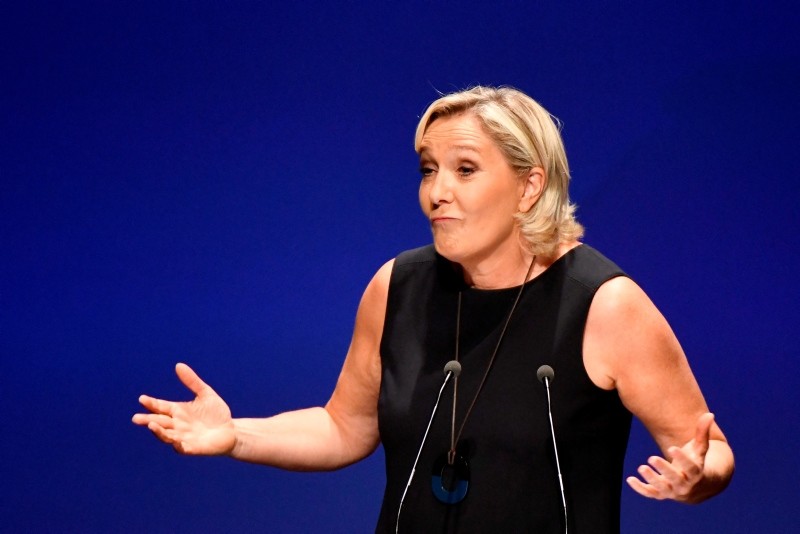 The 50-year-old leader of the National Rally (formerly National Front), who lost to Emmanuel Macron in last year's presidential vote, was stripped of her parliamentary immunity over the pictures and charged with circulating messages that "incite terrorism or pornography or seriously harm human dignity."

On Thursday, she tweeted copies of a court order ordering her to undergo psychiatric evaluation.

Dated Sept. 11, it calls for the tests to be carried out "as soon as possible" to establish whether she "is capable of understanding remarks and answering questions."

"It's crazy," fumed Le Pen, herself a trained lawyer. "This regime is really starting to be frightening," she tweeted, suggesting that the case was part of a government plot to discredit her.

"I thought I had been through it all: well, no! For having condemned Daesh horrors in tweets, the 'justice system' is putting me through psychiatric tests! Just how far will they go?" she asked.

Le Pen had shared the images in response to a French journalist who drew a comparison between Daesh and her party.

One of the pictures showed the body of James Foley, an American journalist beheaded by the terrorists.

Another showed a man in an orange jumpsuit being run over by a tank, and a third showed a Jordanian pilot being burned alive in a cage.

"Daesh is this!" Le Pen wrote in a caption.

She later deleted the picture of Foley after a request from his family, saying she had been unaware of his identity.

Le Pen has denounced the case against her, which falls under a law punishing violent images that can be viewed by a minor, as a violation of her freedom of expression.