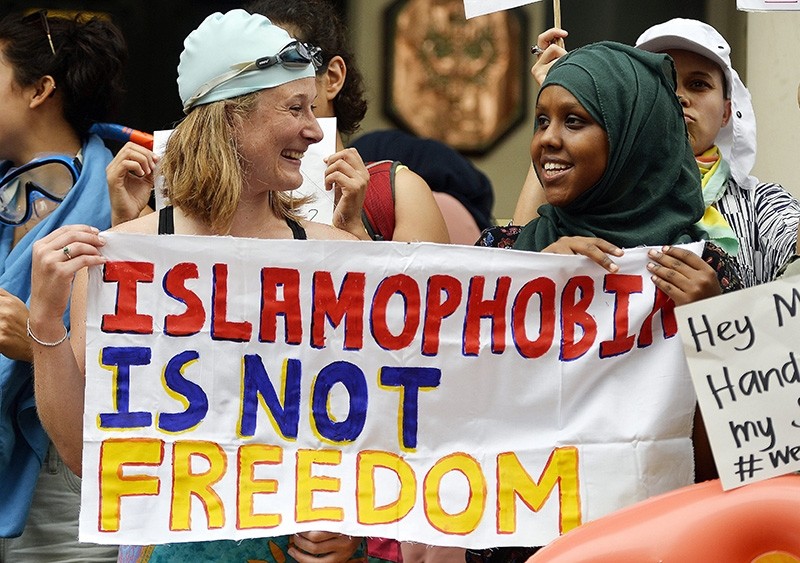 A number of prominent French Muslim activists said Sunday that President Emmanuel Macron should listen to more Muslim voices before finalizing plans for new rules for Islam in France.

The French government needed to decide if it was "capable of treating 5 million of its citizens as grown-up, autonomous human beings," Marwan Muhammad, former head of the Collective Against Islamophobia in France, said.

French governments have for years puzzled over how to deal with the growing popularity of hardline interpretations of Islam in poor suburbs with large populations of immigrant origins.

In July, Macron said he planned to give Islam "a framework and rules guaranteeing that it will be practiced everywhere in accordance with the laws of the republic."

Local authorities have been ordered to hold consultations on the issue.

France's strict law on the separation of church and state, and the lack of any religious hierarchy in Sunni Islam, have so far made it difficult to come up with any organization that could act as an Islamic religious authority.

The activists said that in their own online consultation, the majority of the 24,000 respondents preferred the government not to play a role in organizing French Islam.

Muhammad told German Press Agency that the activists would be "perfectly willing" to work together with the government "as partners."

But, he said, any attempt to "dictate" to French Muslims how to organize themselves would be "an attack on the principle of secularism, which is very important in France, and an attack on our fundamental freedoms as a religious community."