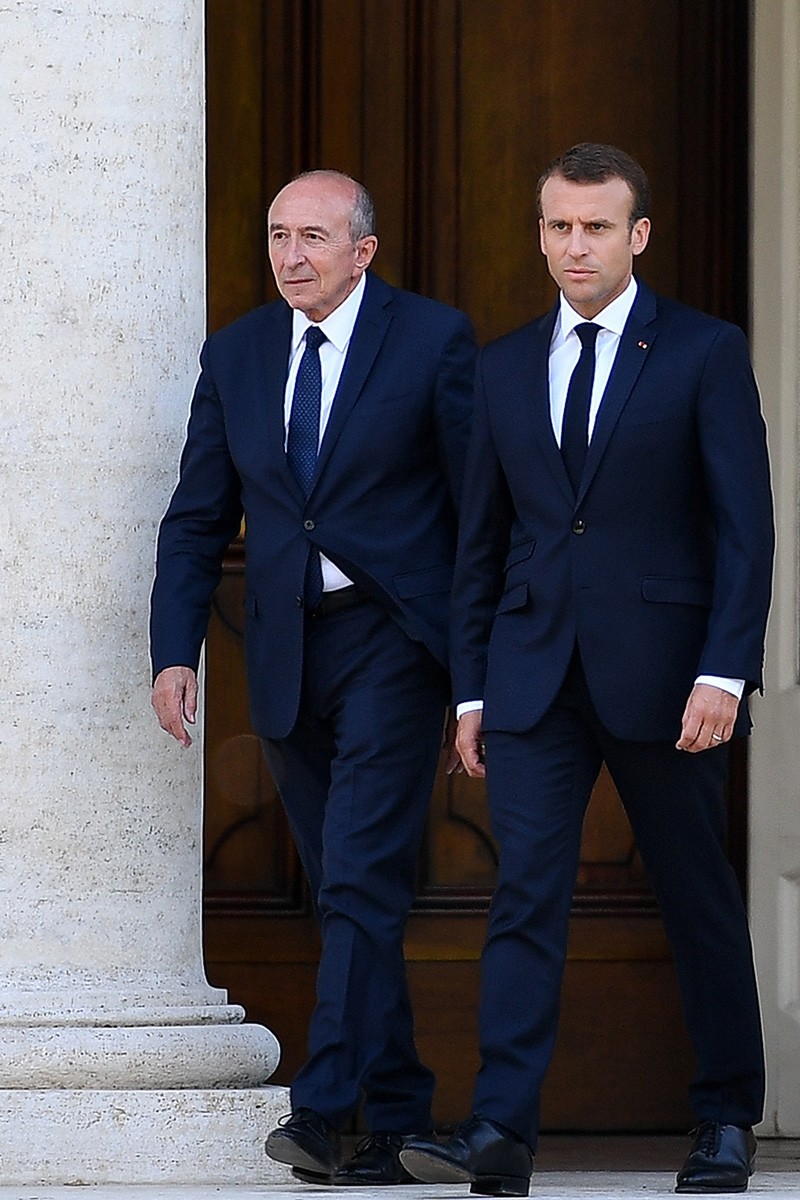 French President Emmanuel Macron refused to accept the resignation of his interior minister Monday, in the latest sign of uncertainty at the heart of the government after two high profile cabinet ministers stepped down.

Interior Minister Gerard Collomb, viewed as one of Macron's most loyal ministers and a heavyweight in his cabinet, has been under pressure to relinquish his post immediately since he announced in September that he would quit the ministry to run for his old job as mayor of Lyon in eastern France in 2020.

"In the face of attacks on the minister since he confirmed he would be a candidate, when the time comes, to be mayor of Lyon, the President of the Republic renewed his confidence in him and asked him to remain fully mobilized in his mission to keep France secure," the presidency told AFP.

Collomb, 71, previously served as Lyon mayor for 16 years until Macron poached him for the interior ministry, and it has long been rumored that he was eyeing a fourth term running the city.

According to French newspaper La Figaro he tendered his resignation Monday.

But over a year into his term polls suggest the French starting to sour on the energetic centrist, with his approval ratings diving in recent weeks.