Maybot is back: UK PM May dances on stage at Conservative Party conference 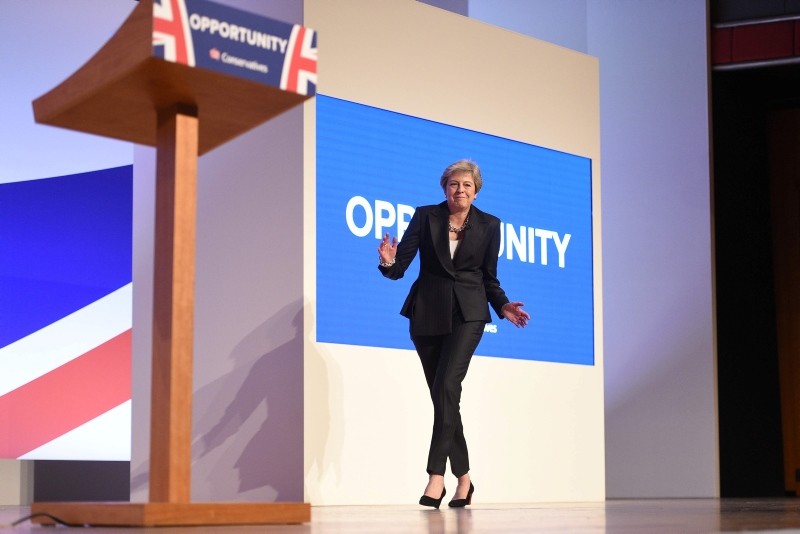 Maybot is back: UK PM Theresa May dances her way onto the stage at the Conservative Party's annual conference in Birminghamhttps://t.co/HGwBEe7Ies pic.twitter.com/J7hpCzCaTw

British Prime Minister Theresa May danced her way onto the stage Wednesday at the Conservative Party's annual conference in Birmingham.

Awkwardly grooving to ABBA's "Dancing Queen," May received a standing ovation from the audience as she entered the hall to give a speech.

The British prime minister's entrance immediately prompted social media users to declare that "Maybot is back."

May's peculiar dancing style came to the forefront during her recent trip to Africa. Her uncomfortable attempts to get foot-loose and boogie with young students in South Africa and then again in Kenya drew a wave of ridicule from internet users.

Watch: Theresa May busts out dance moves during her Kenya visit pic.twitter.com/pVzYaX9kNu

Due to her somewhat stiff dance moves, many compared the prime minister to a robot.