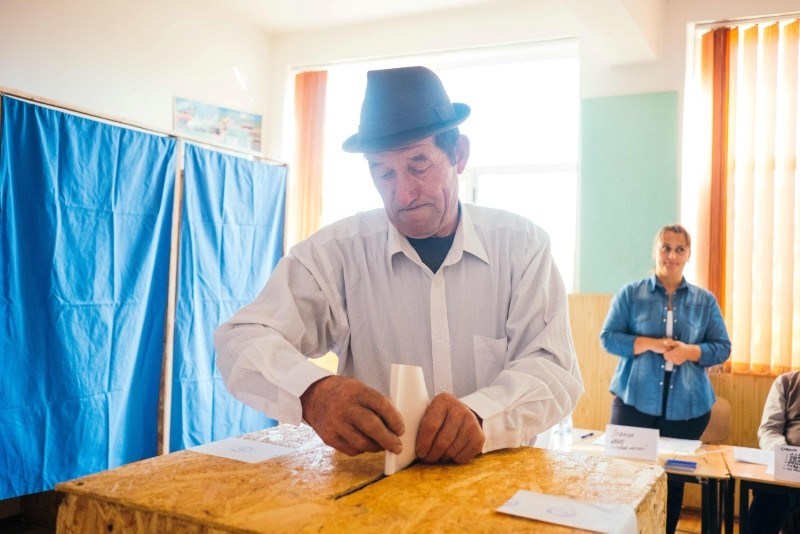 Romania started voting Saturday in a controversial referendum to decide whether to alter the constitution to define marriage as strictly between a woman and a man.

The ruling Social Democrats hope the vote will re-energize flagging grassroots support among the country's overwhelmingly Orthodox population. The current definition -- which speaks simply of "spouses" -- has been in place since 1991.

The "yes" vote is widely expected to win, with a poll on Friday showing as many as 90 percent of people in favor.

The Social Democratic Party (PSD) has opted to let voters also cast their ballots on Sunday to ensure maximum turnout, as at least 30 percent is required for the result to be valid.

Turnout at 4 pm (1400 GMT) on Saturday, however, was under four percent, according to official figures. There are an estimated 19 million voters.

Among the first to cast their votes was PSD strongman Liviu Dragnea.

"The time has come to decide ourselves how we want to live in our country," he said, adding that a "yes" vote was "absolutely not a vote against a minority".

From a legal point of view, nothing will change if the "yes" side wins the referendum.

Same-sex couples are already not allowed by law to marry or enter into civil partnerships in Romania.

Nevertheless, critics say a change in the wording of the constitution will make it difficult or nigh-on impossible for gays and lesbians to marry in future.

The country's LGBT community, which already complains that gay people are subject to widespread discrimination on an everyday basis, believes the referendum -- which has the explicit backing of the Orthodox church -- will fuel homophobia still further.

Romania, which joined the European Union in 2007 and is the bloc's second-poorest member after Bulgaria, only decriminalized homosexuality in 2001.

A defeat would deal a severe blow to the PSD who have been campaigning, albeit unofficially, alongside Orthodox priests for the "yes" side.

The government's decision to press ahead with the referendum has alarmed Brussels, with the EU Commission's deputy chief, Frans Timmermans, reminding Bucharest of its human rights commitments.

"I don't want family values to be transformed into arguments that encourage the darkest demons and hatred against sexual minorities," he said during a debate on a series of reforms that are seen as undermining the independence of Romania's judiciary.