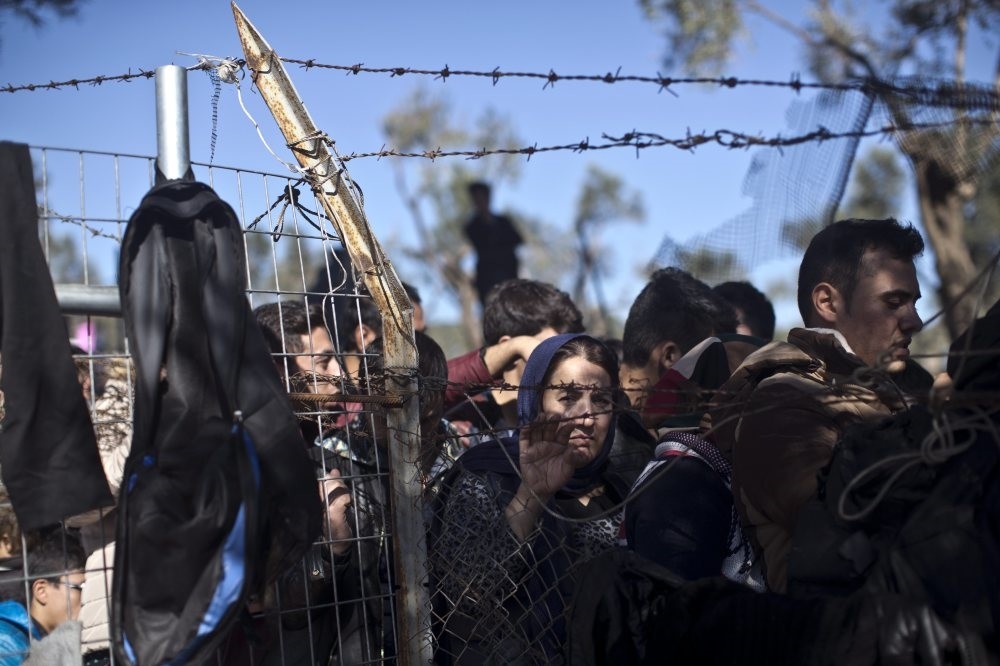 Women in Greek migrant camps are too scared to leave their tents at night or use communal showers, and many pregnant women have to sleep on the floor in unsanitary conditions, Amnesty International said on Friday.

Everyday activities like taking a shower have become dangerous for women and girls in the camps, Amnesty said in a report. Lack of sanitation and clean drinking water, as well as streams of raw sewage and infestations of mice, are common in all camps, it said.

"The shower in the camp is cold, and there is no lock. Men walk in when you are inside. There are no lights in the toilets," Amnesty quoted one woman from the Democratic Republic of Congo, whose name was changed to Adele, as saying, as reported by Reuters. "At night, sometimes I go to the toilet with my sister or pee in a bucket," said Adele, who arrived on the island of Samos in December.

Pregnant asylum-seekers told Amnesty they had to sleep on the floor and had little, if any, access to antenatal care. Other women spent their limited cash on sanitary pads. "Everything is dirty here. It's impossible to keep clean, and when we have our period, it is very difficult," Adele said.

Human rights groups and local authorities have criticized Greece for the poor conditions in the country's biggest migrant camp, Moria, currently operating at almost three times its capacity. About 9,000 migrants and refugees are holed up in the camp, a collection of tents and shipping containers on a former military base, according to the latest government data.

Humanitarian organizations working in the camp had reported that smugglers and people bearing weapons had been in the facility, Amnesty said. "The enormous failure of European governments to open safe and legitimate routes to refugees fleeing war places women and girls at increased risk of abuse," said Amnesty International Secretary-General Kumi Naidoo, who visited the island of Lesbos on Thursday.

Opened in 2015, the Moria camp was intended to be a transit location for migrants arriving in Lesbos during the mass influx of refugees that summer; however, the Greek government does not allow them to go to the mainland as many central and eastern European countries have abruptly closed their borders to keep away migrants. More than half of refugees and migrants arriving in Greece are women and children, according to the United Nations refugee agency, UNHCR. The numbers are small compared to those at the height of Europe's migrant crisis in 2015. But slow and lengthy asylum procedures mean thousands of asylum-seekers are holed up in crowded facilities on a few Greek islands.