Italy to resettle migrants away from migrant-friendly town 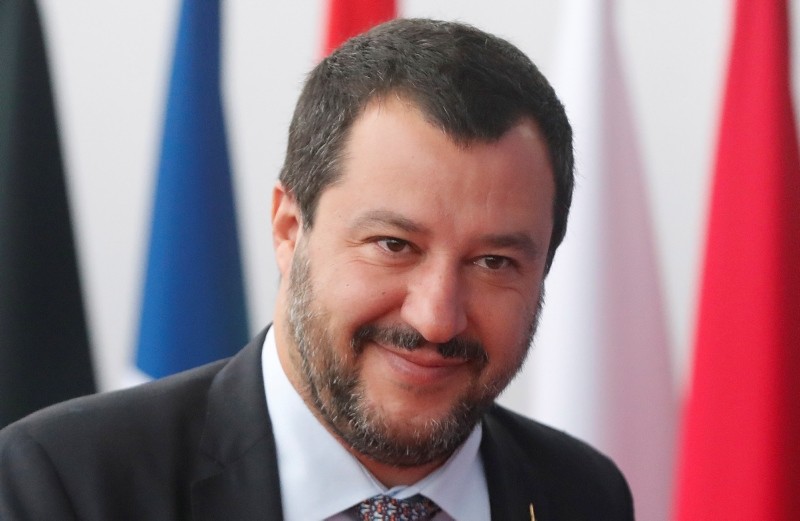 Matteo Salvini, Italy's far-right deputy prime minister and interior minister, is moving all migrants out of a town in the country's south known for welcoming them.

Starting this week, the migrants in the Calabrian town of Riace will be taken to other refugee accommodation in Italy, the Interior Ministry said Saturday. Italian media outlets estimate that some 200 migrants live there.

Riace Mayor Domenico Lucano — known internationally as a symbol for integration and tolerance — was arrested around two weeks ago. He has been accused of facilitating illegal migration with the alleged organization of fake marriages between refugees and Riace residents.

With Riace facing a shrinking population, Lucano's idea was to revive the town with with hundreds of migrants who were trained to pick up local artisan crafts. For his efforts, Lucano was included in a 2016 list of the World's Greatest Leaders by U.S. magazine Fortune.

Many people — including anti-Mafia author Roberto Saviano and other national celebrities — have protested Lucano's arrest, seen by many as a politically-motivated stunt by Rome's right-wing government.

"Those who make mistakes must pay," Salvini wrote on Facebook. "We cannot tolerate irregularities in the use of public funds, even if there is the excuse of spending it for immigrants."

Salvini's anti-migration rhetoric has fueled public support for his far-right and nationalist League party, which won 17 per cent of the vote in March elections.