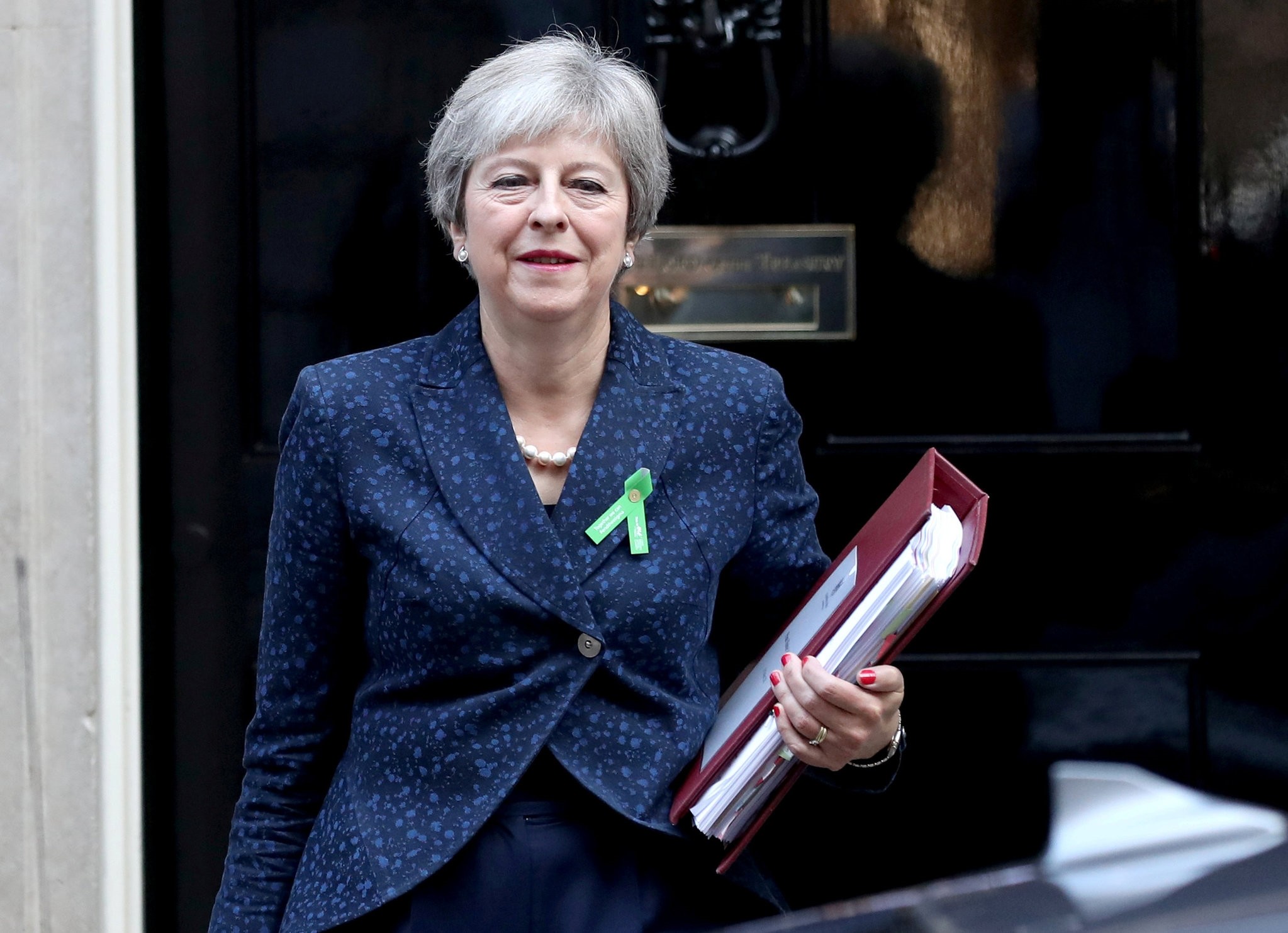 British Prime Minister Theresa May faces a fight on two fronts this week, battling to convince her own ministers and then Brussels as the Brexit talks come to a crunch. She must see off the threat of a Cabinet mutiny and then try to overcome the divorce negotiations logjam at a summit in Brussels; a breakthrough still seems elusive.

Time is running out on Britain's European Union exit talks, meaning this week's gathering of EU leaders could prove decisive in striking a deal between London and Brussels. With Britain set to leave the bloc at the end of next March, European Commission President Jean-Claude Juncker is demanding "substantial progress" this week, specifically on the vexed issue of the U.K.'s border with the Republic of Ireland. EU President Donald Tusk has described the summit starting Wednesday as a "moment of truth" in the Brexit talks. As for May, she not only has to win over her continental counterparts but also the increasingly restive allies back home.

The hard work starts for May tomorrow when she will take on the Irish border issue with her Cabinet, amid speculation that further ministers could quit if the PM plows on with her proposals. David Davis, who quit as Brexit secretary in July over May's broad blueprint, wrote in The Sunday Times newspaper that her plans were "completely unacceptable" and urged ministers to "exert their collective authority" this week.

Neither London, Dublin nor Brussels want to see checks imposed on the border between the U.K.'s Northern Ireland and the Irish Republic, however the problem of finding a way to square that aim with May's desire to leave the European single market and the Customs Union persists.

Britain has proposed that it would continue to follow EU customs rules after Brexit as a fallback option to keep the border open, until a wider trade deal is agreed that avoids the need for frontier checks. May says this will only be temporary, but her spokeswoman was forced to clarify the point after media reports that the final "backstop" arrangement will have no legal end date. The EU's suggestion would see Northern Ireland remain aligned with Brussels' rules, thus varying from the rest of the U.K.

The plans have infuriated the pro-Brexit wing of May's Conservative Party, not to mention her Northern Irish allies in the Democratic Unionist Party (DUP). For a thin majority in Parliament, the minority Conservative government relies on the DUP, Northern Ireland's biggest party. The DUP are staunchly pro-U.K., pro-Brexit and opposed to any moves that could put distance between Northern Ireland and the British mainland. In fact DUP leadership has threatened to vote down the British government's budget if May gives way to Brussels. Writing Saturday in the Belfast Telegraph newspaper, DUP leader Arlene Foster said they were not simply "flexing muscle" for the sake of it. "This backstop arrangement would not be temporary. It would be the permanent annexation of Northern Ireland away from the rest of the United Kingdom," she wrote. May must not accept "a dodgy deal foisted on her by others," she added. After talks with senior figures in Brussels last week, Foster reportedly said a no-deal Brexit was now the most likely outcome, according to an email between senior British officials leaked to The Observer newspaper.

Meanwhile leading Conservative Eurosceptic and grassroots rising star Jacob Rees-Mogg said Saturday there were 39 like-minded Conservative MPs who "will not turn" from opposing the current plans. "The prize is there to be grasped," he said, adding that Britain could not accept a "punishment Brexit." "If the EU is a mafia-style organization that says 'if you want to leave, we will kneecap you,' then all the better for leaving," he said.

Britain's main opposition Labor Party will not vote for a Brexit deal that offers little more than a "bridge to nowhere," its foreign policy spokeswoman had announced. Rees-Mogg, who has a strong internet following, had said in an interview with Sky News said that that the "Irish border question can be solved without having a hard physical border." "You can understand people being concerned because there's a lack of clarity about what the position is."

While visiting the border, speaking with local Exit and Remain voters as well as Irishmen, he had said that the "practicalities of continuing as we are [with the current, open state of the border] are very straightforward if there's the political will to do it."