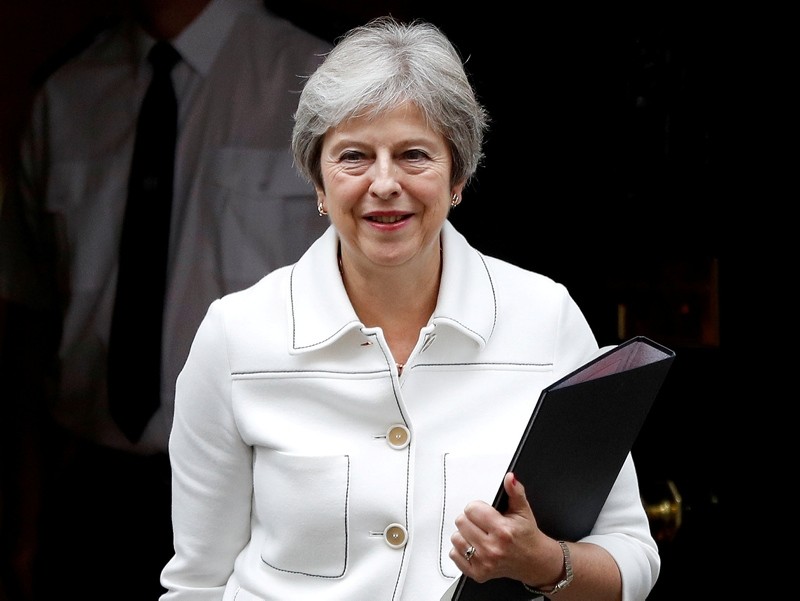 British Prime Minister Theresa May said Monday she still believes a Brexit deal is "achievable", despite talks with the European Union becoming deadlocked on the issue of the Irish border.

"We cannot let this disagreement derail the prospects of a good deal, and leave us with the 'no deal' outcome that no-one wants," she told MPs in the House of Commons.

She was speaking the day after her Brexit minister Dominic Raab visited Brussels but failed to make a breakthrough as hoped ahead of a crucial summit of EU leaders on Wednesday and Thursday.

There is now growing concern that Britain could crash out of the bloc without any deal at all in March, risking legal and economic chaos.

May said both sides had made "real progress" on the terms of Britain's divorce from the bloc and the outline plan for future trading relations.

The sticking point is how to keep open the land border between Northern Ireland and EU member Ireland after Britain leaves the bloc's single market and customs union.

May said the EU had agreed to "explore" her proposal to keep Britain aligned with the bloc's customs rules until a wider trade deal could be agreed that resolved the need for frontier checks.

But Brussels had said there was not time to work out the details, she said, and proposed its own fall-back plan -- the "backstop" -- that would see only Northern Ireland align with EU rules.

"Even with the progress we have made, the EU still requires a 'backstop to the backstop', effectively an insurance policy for the insurance policy," the prime minister said.

"And they want this to be the Northern Ireland-only solution that they had previously proposed.

"We have been clear that we cannot agree to anything that threatens the integrity of our United Kingdom."

May also confirmed a disagreement over whether the backstop would be temporary -- Brussels wants no time limit, arguing that by its nature, the insurance policy must be permanent.

"If the EU were not to co-operate on our future relationship, we must be able to ensure that we cannot be kept in this backstop arrangement indefinitely," she said.