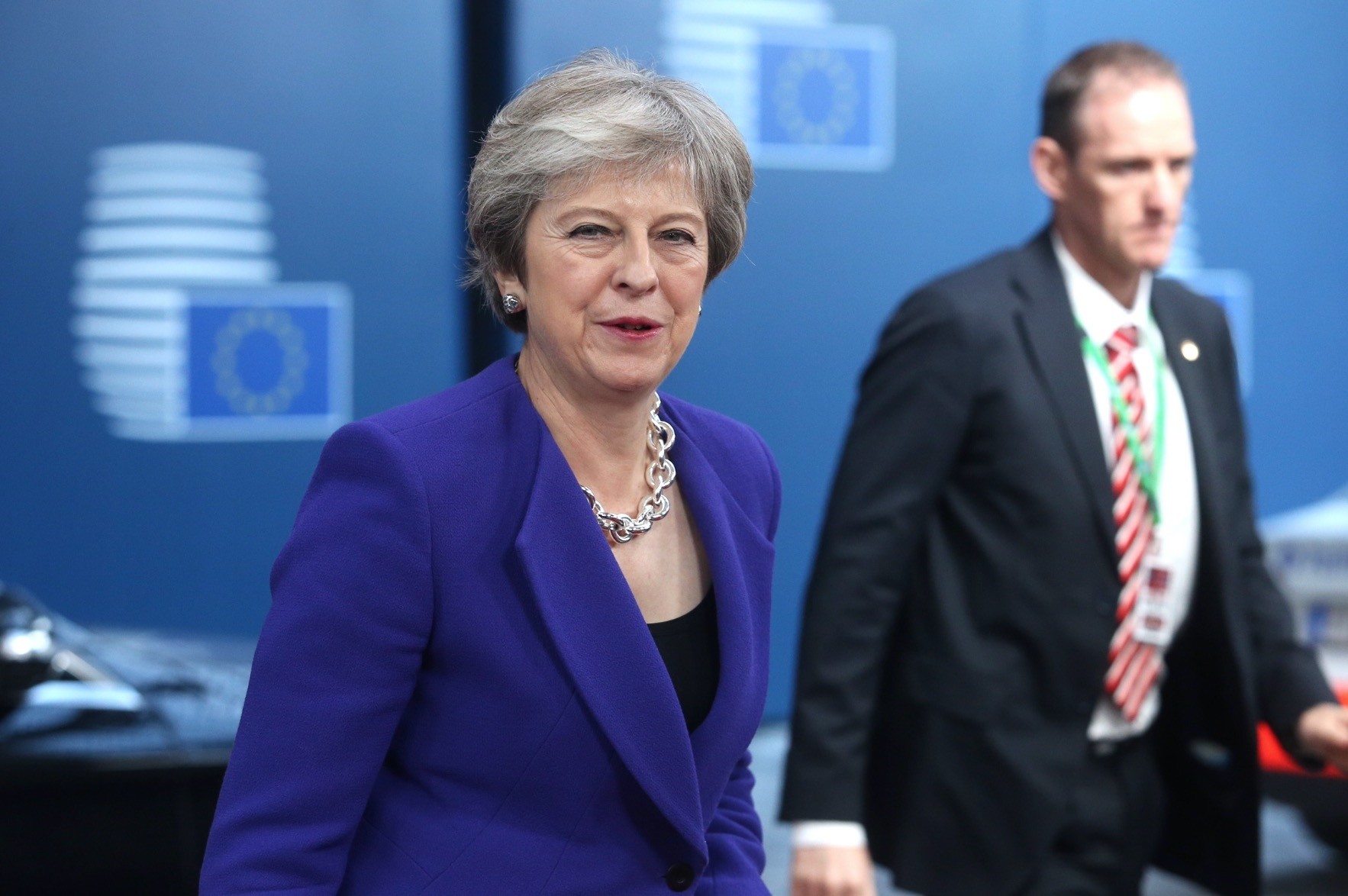 British Prime Minister Theresa May arrives at the European Council summit, Brussels, Oct. 18.
by Compiled from Wire Services
Oct 19, 2018 12:00 am

British Prime Minister Theresa May said yesterday she is considering a European Union proposal that would keep Britain bound to the bloc's rules for more than two years after it leaves, and idea that angers her pro-Brexit critics in the U.K.

At present the two sides say Britain will remain inside the EU single market, and subject to the bloc's regulations, from the day it leaves on March 29 until December 2020, to give time for new trade relations to be set up. But with divorce talks stuck, the bloc has suggested extending that period, to give more time to strike a trade deal that ensures the border between Northern Ireland and the Republic of Ireland remains friction-free — the main sticking point to a Brexit deal.

May said the U.K. was considering extending the transition period by "a matter of months." But she said she didn't believe the extension would be needed. "We are working to ensure that we have that future relationship in place by the end of December 2020," May said as she arrived at EU headquarters in Brussels yesterday for meetings on migration, security and other issues. EU negotiator Michel Barnier proposed the extension to give London more time to agree an EU-UK customs deal needed to solve the Irish border issue.

The extension idea has angered pro-Brexit U.K. politicians, who see it as an attempt to bind Britain to the bloc indefinitely. In an open letter to May published yesterday, leading Brexiteers accused the EU of "bullying" and said the border issue was being used as "a trap" by the bloc. The letter signed by former British Foreign Secretary Boris Johnson, ex-Brexit Secretary David Davis and other pro-Brexit Conservatives warned May not to "engage in a show of resistance and a choreographed argument followed by surrender" to the EU, according to the Associated Press.

Britain's Cabinet Office Minister David Lidington said it was too early to estimate the cost of extending a Brexit transition period. Lidington rejected claims that an extension would cost Britain more than 10 billion pounds ($13.10 billion) in payments to the European Union in order to stay in the bloc's single market and customs union for another year.

"You are making an assumption about what the insurance policy would include and the insurance policy actually being applied," he told the BBC yesterday, Reuters reported. "It is precisely one of those things that needs to be teased out and addressed, whether we felt and the EU felt it was the right approach to take." Lidington said any extension was likely to last for a few months.

France also stated that it does not rule out a possible lengthening of post-Brexit transition period if it helps advance negotiations with London, but any extension would come with conditions.

"It's one of the possible options. It's neither a firm proposal from the EU 27 nor a formal request from the UK," the Elysée Palace official said yesterday. "It's something we shouldn't rule out. If we were to go in that direction, it would come with a certain number of conditions."