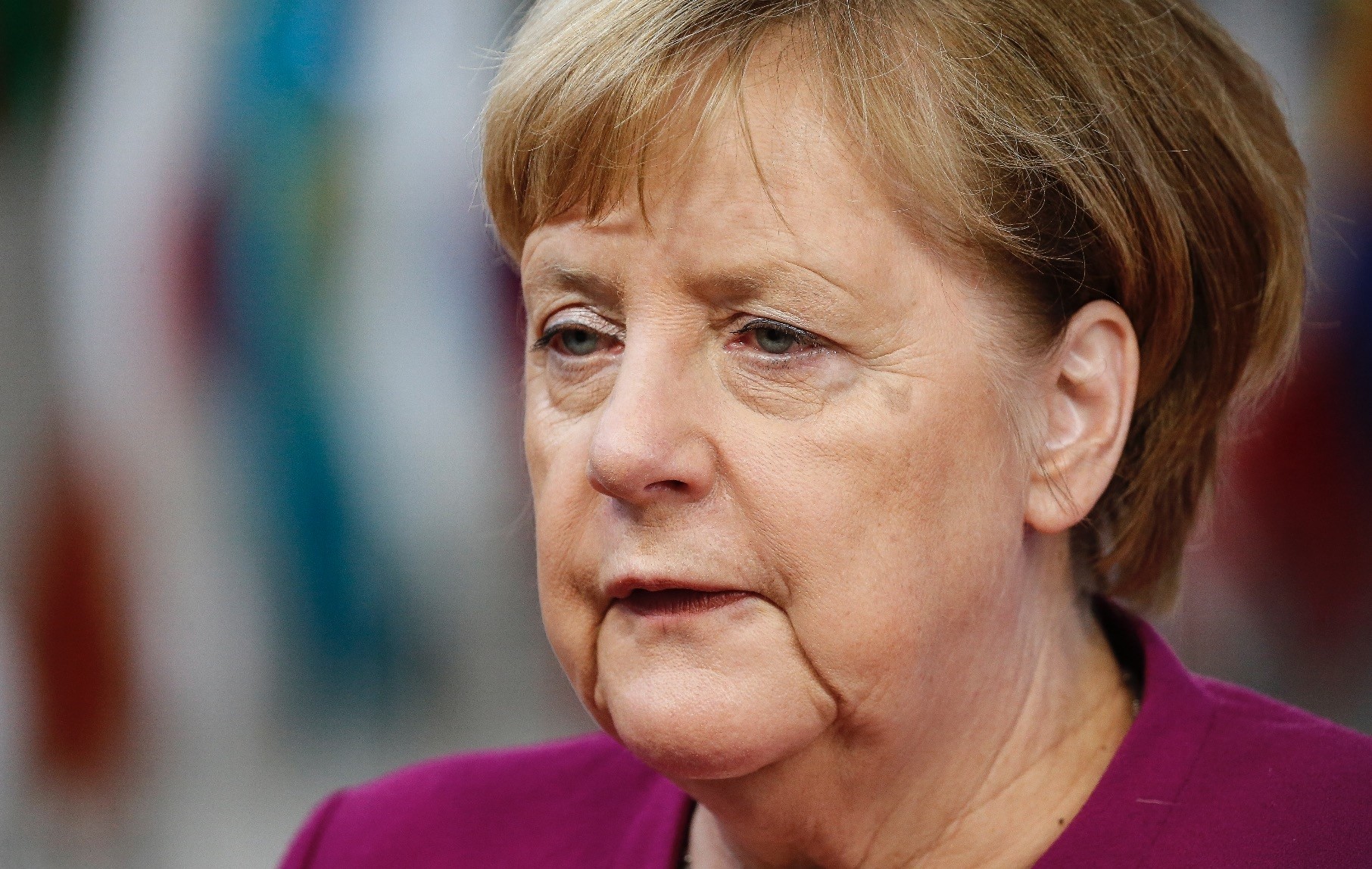 Having been in office since 2005, German Chancellor Angela Merkelu2019s leadership has come close to collapsing several times.
by Compiled from Wire Services
Oct 20, 2018 12:00 am

German Chancellor Angela Merkel's party, which rules the State of Hesse in coalition with the Greens, faces a difficult election after disastrous results in Bavaria

German Chancellor Angela Merkel's conservatives and the center-left Social Democrats (SPD) both face a drubbing in a regional election next week that could further weaken their crisis-plagued national government, polls showed. The drop in support for Merkel's Christian Democrats (CDU) comes after their Bavarian sister party, the Christian Social Union (CSU), suffered its worst performance since 1950 in a state vote on Sunday.

Poor back-to-back results for Merkel's conservative alliance would undermine her standing going into a CDU party conclave followed by the party's annual congress in early December. If she does not emerge well from those events, her opponents will be emboldened.

A Forschungsgruppe Wahlen regional poll for broadcaster ZDF showed support for the CDU at 26 percent ahead of the Oct. 28 vote in the western state of Hesse, home to financial center Frankfurt. The CDU won 38.3 percent in the last state election there in 2013.

A national poll by DeutschlandTrend had both the CDU and the SPD at their lowest levels since the survey launched in 1997, at 25 percent and 14 percent, respectively. The regional poll suggested the Greens would be the big winner in Hesse, jumping into second place. However, support for the incumbent alliance of CDU and Greens was equal to that of the other parties, so they may need a third partner.

Merkel, who has been in power since 2005 and is Europe's most powerful leader, then faces further potential pitfalls in the form of a CDU conclave and the party's annual congress. The 64-year-old Merkel has won support from key conservatives in her bid for re-election as CDU chairwoman at the congress. But this could change if the CDU loses Hesse to an SPD-Greens coalition.

Support for the far-right Alternative for Germany (AfD), which hailed the Bavaria result as "an earthquake" that would rock the ruling coalition, was broadly steady in Hesse at 12 percent, the poll showed.

Before the Bavaria vote, the CSU pushed the coalition – Merkel's fourth and probably final government – close to collapsing twice, first in an argument over immigration and then in a scandal over Germany's former domestic spymaster. The CDU/CSU conservative alliance only teamed up with the SPD to form the ruling coalition in March following an inconclusive national election and the collapse of negotiations between the conservatives and two smaller parties.

Merkel is fighting a battle at home and abroad against critics who accuse her of endangering European security with her welcoming approach to migrants. Her conservative coalition is under pressure from the far-right AfD. The party received a surge in support since 2015 when well over one million people entered Europe, mostly fleeing conflicts in Syria and Iraq, and populist leaders in Southern Europe and Eastern Europe have rejected her calls for a wholesale reform of Europe's migration system.