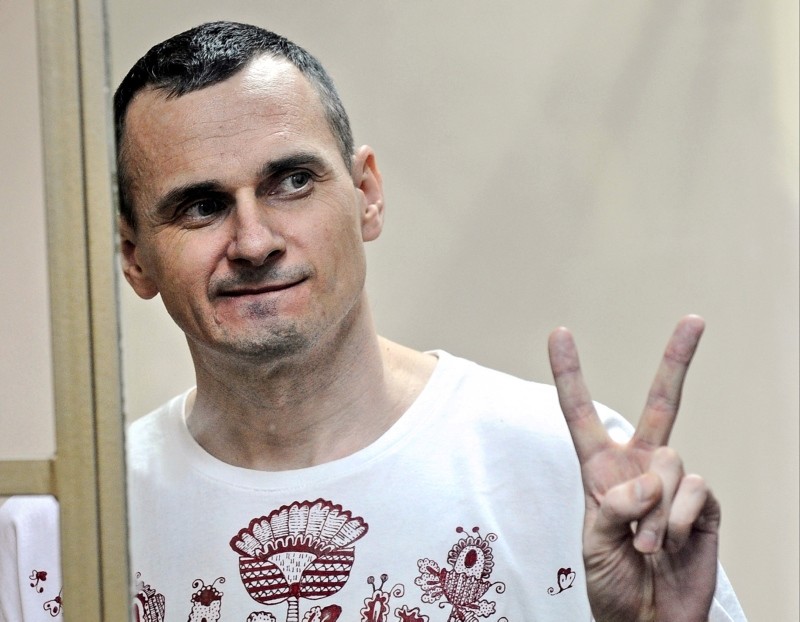 Sentsov, a fierce critic of Russia's 2014 annexation of Ukraine's Crimean peninsula, was sentenced in 2015 to two decades in a Russian prison after being convicted of conspiracy to commit terrorist attacks in Crimea.

"Oleg Sentsov is a prisoner of conscience, an honest and innocent man," EPP member Eduard Kukan said in a press release, adding that the European Union has called his case "in breach of international law and the elementary standards of justice."

Sentsov was among three finalists for the prize, along with a group of 11 charities rescuing migrants in the Mediterranean and Nasser Zefzafi, head of a Moroccan protest movement who has been in jail since May 2017.

Sentsov was awarded the 50,000 euro ($58,000) prize for an "exceptional contribution" to human rights around the world, the center-right EPP and the liberal ALDE groups in parliament said.

The 42-year-old is being held in a Russian penal colony above the arctic circle.

He started a hunger strike on May 14 demanding the release of all Ukrainian prisoners in Russia, and his deteriorating health provoked an outcry from the international community.

Sentsov called off the protest after 145 days to avoid being force-fed.

Like Sentsov, Zefzafi is serving a 20-year sentence, along with three others, convicted of "plotting to undermine the security of the state" in Morocco.

His Al-Hirak al-Shaabi movement, based in northern Morocco's mainly Berber Rif region, was sparked by the death of a fisherman who was crushed in a rubbish truck, apparently while trying to retrieve swordfish seized by authorities.

Hirak is calling for jobs, development and an end to corruption in the North African country.

The third nomination was for 11 humanitarian groups that have been carrying out search and rescue operations to save migrant lives across the Mediterranean since 2015.

The most prominent among them are Doctors Without Borders (MSF), Save the Children and SOS Mediterranee.

The Sakharov Prize, set up in 1988 and named after Soviet dissident Andrei Sakharov, is awarded every year to individuals or organizations that "have made an important contribution to the fight for human rights or democracy."

Last year's award went to the democratic opposition in Venezuela.

The award ceremony is on December 12.