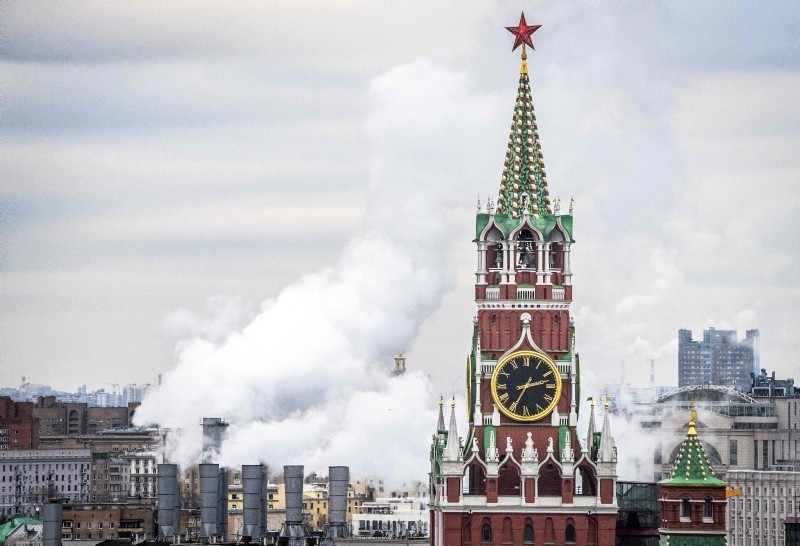 The Russian government has imposed financial sanctions on Ukraine's political leadership in a largely symbolic gesture in the ongoing conflict between the two countries.

Relations between Russia and Ukraine soured after Russia pushed through an illegal separatist vote in Crimea and annexed the peninsula in 2014. Russia went on to back separatists in eastern Ukraine in a conflict that has claimed more than 10,000 lives.

Russia's government on Thursday published a list of 322 individuals and 68 companies who will have their assets — if they have any — frozen in Russia. The list is a who's who of Ukrainian politics, comprising of cabinet ministers and top politicians.

The list includes former Prime Ministers Arseniy Yatsenyuk and Yulia Tymoshenko, who according to opinion polls is a front-runner in next year's presidential race, Interior Minister Arsen Avakov, Defense Minister Stepan Poltorak and several other Cabinet members, the head of Ukraine's SBU security service Vasyl Hrytsak, and billionaire tycoon Victor Pinchuk. Ukrainian Pesident Petro Poroshenko is not on the list although his elder son has been blacklisted.

The sanctions also targeted several listed companies, including iron ore pellet producer Ferrexpo, poultry producer MHP, and Ukraine's biggest sunflower oil exporter Kernel. The decree said targeted individuals and firms would have their financial and property assets frozen in Russia and would not be able to repatriate them to Ukraine.

Ukrainian President Petro Poroshenko on Thursday compared being placed on a Russian sanctions list to receiving an award, adding that Moscow should withdraw its troops and weapons from Ukrainian territory instead of saber-rattling.

"In Ukraine, being on this list is a kind of state award, at least that's how it is perceived," Poroshenko told reporters at a meeting with German Chancellor Angela Merkel. "Those who did not make it to the list are very offended."

Kiev has imposed its own financial sanctions on hundreds of Russian individuals and companies.

Last week Russian President Vladimir Putin signed a decree to enable sanctions against Ukraine. The decree specified that Russia would rescind its sanctions if Ukraine does so first.