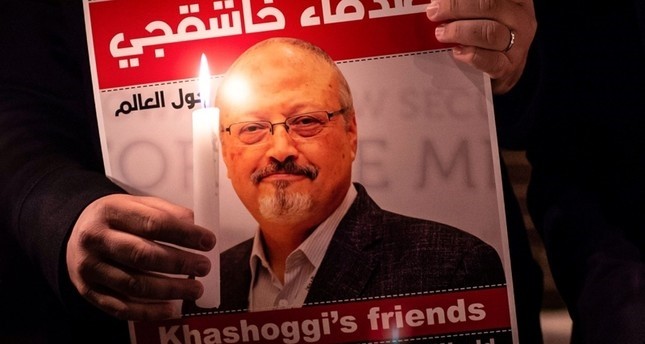 | AFP Photo
by Nov 02, 2018 12:00 am
Norway summoned the Saudi ambassador on Thursday over the murder of journalist Jamal Khashoggi, the Norwegian Foreign Minister said on Friday.

"We have raised the murder of Jamal Khashoggi and presented our point of view to the Saudi ambassador several times after it was known," Ine Eriksen Soereide said in a statement.

"We underlined how seriously we take this issue again yesterday, when he was at the Foreign Ministry for a discussion."

Khashoggi, who lived in the United States and wrote columns for the Washington Post, went to the Saudi consulate in Istanbul on Oct. 2 to collect some documents, but he never reappeared. Riyadh initially denied any role in his disappearance, but under pressure from Turkish authorities it eventually identified 18 suspects in the case.

Saudi Arabia said they will face justice in the kingdom. Ankara has repeatedly called for them to be extradited to Turkey for trial.

Turkey pressed Saudi authorities on Thursday to tell them the whereabouts of Khashoggi's body, which has not been recovered.