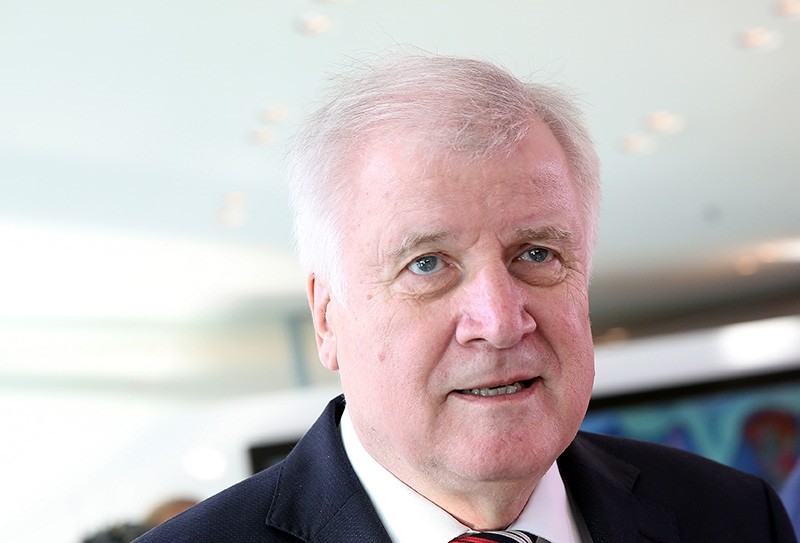 German Interior Minister Horst Seehofer arrives at the beginning of a meeting of the German Federal cabinet at the Chancellery in Berlin, Germany, Oct. 31, 2018. (EPA Photo)
by Nov 04, 2018 12:00 am

Germany's Christian Social Union (CSU) must hand over control of three key ministries in the southern state of Bavaria to its new coalition partner, the Free Voters (Freie Waehler), under terms agreed at a meeting on Sunday.

The CSU, the Bavarian sister party of Angela Merkel's Christian Democratic Union (CDU), was forced to enter a coalition with the Free Voters after its support plummeted in state elections on Oct. 14.

The Free Voters will be allocated three ministries in the new government: those for cultural affairs, economics and the environment, sources at the meeting told dpa.

Under a coalition contract approved by both parties, the Free Voters will also be handed five cabinet posts, as well as two secretaries of state.

German Interior Minister Horst Seehofer, the leader of the CSU, praised the new coalition ahead of the meeting on Sunday.

Seehofer said the coalition had already achieved "considerable results" and was "a very good example of how to form a government: short time and high discipline."

He also said he would make an announcement about his own future after Nov. 12. Seehofer has previously said he would take responsibility for the CSU's massive losses in the election.

The CSU and the Free Voters agreed on the coalition last week after state elections that were a political earthquake for Bavaria, with ramifications at the national level too.

Support for the CSU plummeted by more than 10 points to 37.2 percent, forcing them to seek out a coalition partner to govern.

The Free Voters adopt an eclectic range of policies, some conservative but others more in tune with the environmental and social concerns typical of the Greens or the Social Democrats (SPD).

Sources told dpa that the coalition's main priorities would be extra financial help for families with small children, and reducing damage to the environment, for example by reducing land use.