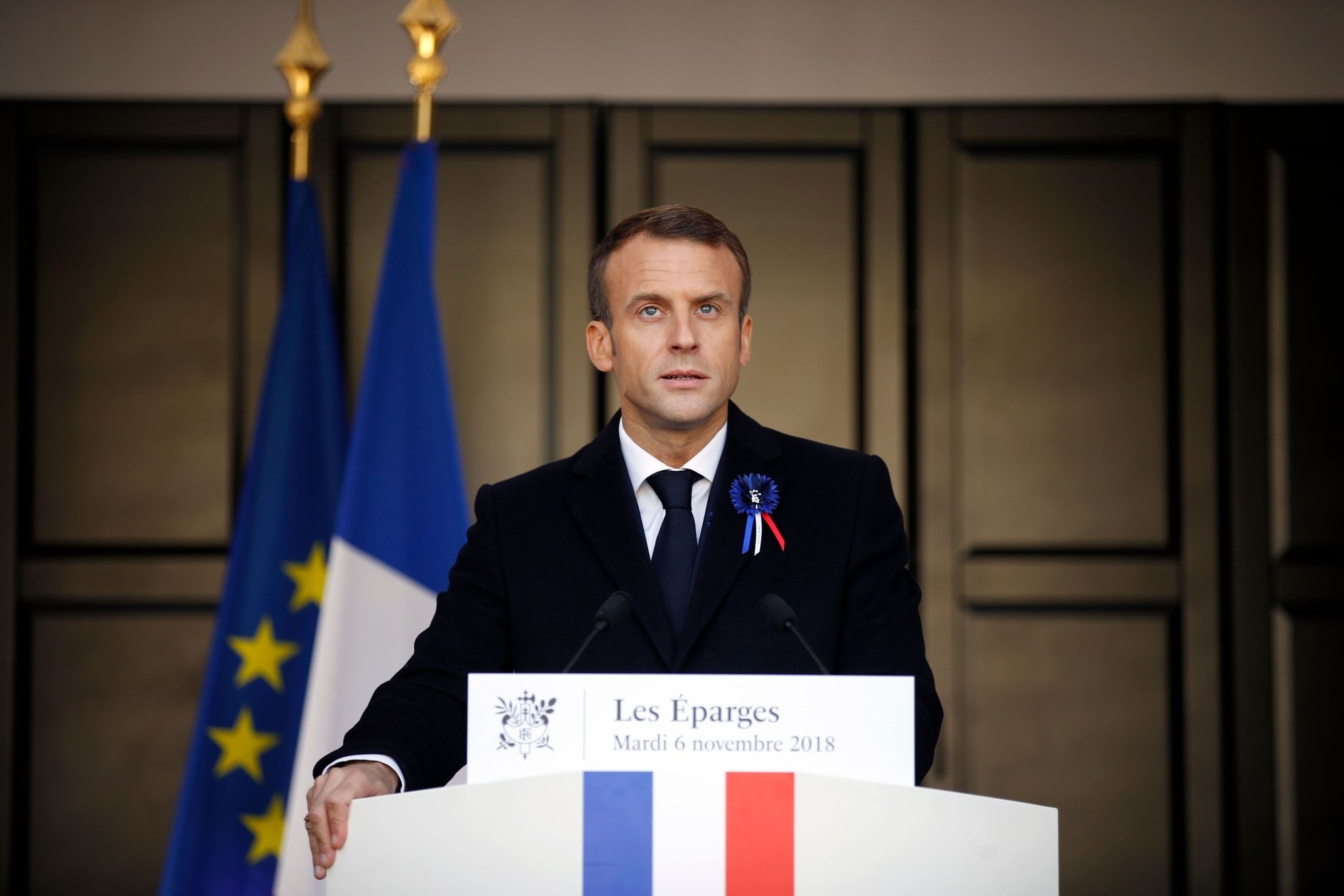 French President Emmanuel Macron called yesterday for a "real European army" as the continent marks a century since the divisions of World War I, to better defend itself against Russia and even the United States.

Macron, who has pushed for a joint EU military force since his arrival in power last year, said Europe needed to reduce its dependence on American might, not least after U.S. President Donald Trump announced he was pulling out of a Cold War-era nuclear treaty.

"We won't protect Europeans if we don't decide to have a real European army," he said in the interview, recorded Monday night in Verdun, northeast France, as Macron tours the former Western Front during week-long World War I centenary commemorations. "Faced with Russia, which is near our borders and has shown it could be threatening, I want to build a real security dialogue with Russia, which is a country I respect, a European country, but we must have a Europe that can defend itself on its own without relying only on the United States," he added.

The EU launched a joint multi-billion-euro defense fund last December designed to develop Europe's military capacities and make the continent more strategically independent. France has also spearheaded the creation of a nine-country force designed to be capable of rapidly mounting a joint military operation, an evacuation from a war zone or providing aid in a natural disaster.

U.S. President Donald Trump's "America first" policy and his conflicting statements on NATO and the European Union, as well as what he sees as Europe's underfunded militaries, have prompted the bloc to consider much closer EU defense coordination. Britain's imminent departure from the European Union has also given impetus to the bloc's plans, both because London blocked EU defense cooperation for years and also as the bloc compensates for the loss of the EU's highest-spending military power. However, the bloc still insists that the U.S.-led NATO alliance remains responsible for defending Europe, while France is seeking to keep Britain close to EU military structures through a French-led crisis response force launched by nine European countries.

Macron also warned of rising nationalism and far-right groups as he prepares to host dozens of world leaders, including the U.S. President Trump and Russian President Vladimir Putin, on Sunday to mark 100 years since the World War I armistice. He repeated his warning that he was struck by similarities between the world today and the financial crisis and "nationalism playing on people's fears" of the 1930s. "The peace and prosperity which Europe has enjoyed for 70 years are a golden moment in our history," he said, warning that this was the exception rather than the rule.

An Ifop opinion survey published on Sunday showed the far-right Rassemblement National party, formerly the National Front, has moved ahead of Macron's Republique En Marche party for the first time in a poll for the European elections. It also showed far-right and anti-EU parties with combined support of 30 percent, up from 25 percent at the end of August.