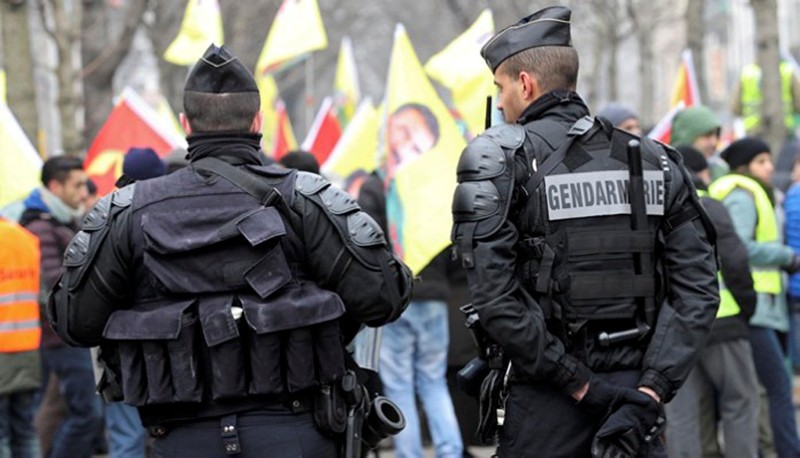 French police in Strasbourg arrested 14 supporters of the terrorist PKK on Tuesday for rioting, attacking the police, and other unlawful behavior.

Police sources told Anadolu Agency that during a protest rally, the terrorist group supporters tried to break into the Council of Europe and European Court of Human Rights (ECHR) buildings, damaging them in the process.

A group of people near the buildings attacked the police by throwing stones and sticks, injuring seven gendarme officers, while the police used tear gas and clubs and arrested 14 people in response.

The rally was reportedly meant to protest the prison conditions of Abdullah Öcalan, the terrorist group's convicted leader who is serving a life sentence on İmralı Island.

The supporters of the terror group came from France, Germany, Switzerland, and other nearby countries, according to police.

The PKK is listed as a terrorist group by the EU, the U.S. and Turkey. However, some EU countries have ignored the presence of the group in their countries, allowing its followers to hold mass rallies in their cities. The PKK has also used the EU for its financial resources, recruitment and as a safe haven for its leadership.